The Sweet 16 Of Medtech Madness 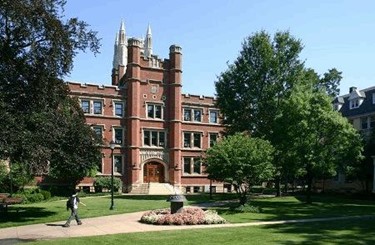 What do basketball and biomedical engineering have in common? They are both areas where universities compete. Most of you are well aware that we are in the midst of March Madness — the tournament determining the men’s and women’s NCAA Division I basketball champions. But, what you may not realize is that, just over a decade ago, nearly 100 universities with biomedical engineering programs were in competition to become translational research partners with the Coulter Foundation.

The Coulter Foundation is named for Wallace H. Coulter, co-founder of Coulter Corporation. The company  pioneered automated hematology and fine particle counting in the middle of the 20th century, making use of patented Coulter Counters. Coulter Corporation was acquired by Beckman Instruments in 1997 and the combined entity now is known as Beckman-Coulter, Inc. In 1998, Wallace Coulter passed away and his estate funded the Wallace H. Coulter Foundation, which focuses on improving healthcare through medical research and engineering.

The Coulter Translational Partnership Award in Biomedical Engineering was created to form working partnerships and promote translational research. These partnerships are intended to increase the number and effectiveness of collaboration between biomedical engineers and clinicians, supporting the movement of promising technologies to clinical application. The ultimate goal of this partnership is to focus on outcomes that save, extend, or improve the quality of life for patients suffering from any disease or condition, in any size market, in any discipline, and in any country around the world.

The Translational Research Partnership program began with a pilot at the Wallace H. Coulter Biomedical Engineering Department, housed at Georgia Institute of Technology and Emory University. The full program was launched in 2004. After the application and selection process during the summer of 2005, nine universities were selected to receive Coulter Translational Partnership Awards in Biomedical Engineering, in addition to the already existing program at Georgia Tech/Emory University. Each university received grants of approximately $1 million/year for five years to get the partnership started, and the majority of these funds go toward projects that are submitted, vetted, and selected.

The average project is funded for about $100,000 and can be renewed in subsequent years. Project selection is based on identification of an unmet clinical need, achievable milestones, and the ability to attract follow-on funding within 12 to 24 months. Each project also requires in-depth commercialization analysis, intellectual property protection, plans for regulatory approval, reimbursement strategy, and achievement of technical milestones. Typical projects have included the application of developed technologies to solve an unmet or underserved clinical need, or to change a medical practice.

I spoke with Stephen D. Fening, director of the Case-Coulter Translational Research Partnership (CCTRP) in the Department of Biomedical Engineering at Case Western Reserve University. Case Western Reserve was one of the nine universities chosen for the Coulter Program in 2005. Fening talked about the long history of the Biomedical Engineering program at Case Western — nearly 50 years — and the fact that it has predominantly had cluster areas in functional electrical stimulation, imaging, and biomaterials. “Those cluster areas still exist, but the thing that has changed is the application has gone from fundamental understanding to be much more applied and readily translatable. As I would describe it now [after 11 years of the Coulter Program], the faculty still has the fundamental understanding, but they also know all of the steps that are going to be required to be taken to bring it all of the way to commercialization,” Fening explained. “The reason that we are so concerned about commercialization is that is the way that you really have an impact and help people.”

When asked about changes in the development of intellectual property through the university since the Coulter Program began in 2005, Fening shared that the university recently conducted a program review: the number of invention disclosures each year was essentially the same, but the number of disclosures that eventually get licensed has doubled over the life of the program, to date. I was ready to ask about the number of patent disclosures remaining flat when Fening added, “People have become self-aware of what inventions really have commercial potential and which ones don’t, and therefore should not be pursued. The quality of our invention disclosures has gone way up and with the development of our processes, the ecosystem is stronger and more of those disclosures result in licenses.”

Fening said about one of three projects funded by the program lead to a start-up company or a licensing of the technology to industry. He also noted that the approximately $6.5 million in project funding that Case Western’s Coulter Program has provided for translational research has led to roughly $80 million in follow-on angel investment or venture capital.

In 2011, the Coulter Foundation launched a second phase of the Translational Research Partnership Program, and six additional universities were selected to receive funding and join the program. This addition brought the total number of universities in the program to 16. In a future article, I will share some feedback from representatives of the University of Pittsburgh on their experiences with being in the second wave of the Coulter Program.

If you’re wondering how the 16 institutions with Coulter Translational Partnerships in Biomedical Engineering are faring in the NCAA men’s division I basketball championship bracket this year, six of them (Duke, Louisville, Michigan, USC, Virginia, and Wisconsin) received invitations to the big dance, and both Michigan and Wisconsin have punched their tickets to the Sweet 16. Who says you can’t have it all? 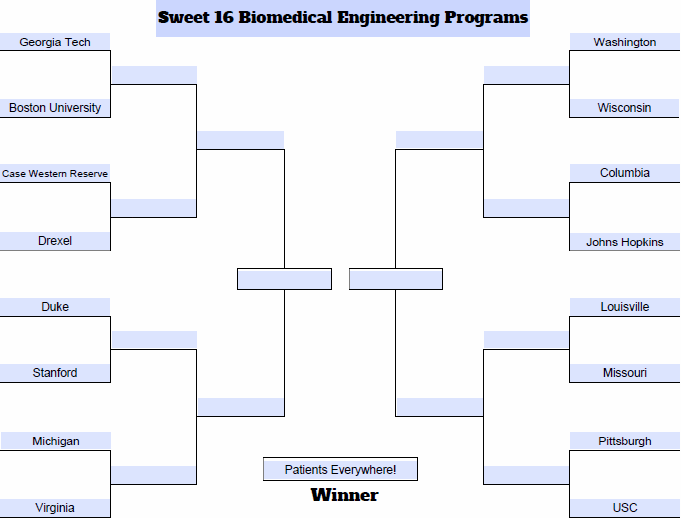