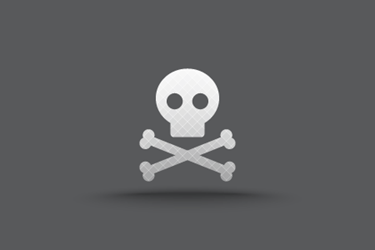 Meet Pete Rosencrans. Pete's an R&D design engineer at a medical device maker, and he’s been tasked with overseeing the research, ideation, and design for a new medical device. He’s faced with gathering input from numerous stakeholders and incorporating it into a final design that pleases everyone. Oh, and his boss wants the device to look great and be fully functional within a matter of months.

While to many of you it probably does, Pete Rosencrans doesn’t actually exist. He’s a fictional character, the protagonist of a series of comedic sketches performed during the MD&M West conference by a two-man “cast” from (real-life) medical device development firm Kablooe Design. Part of a presentation called Design Driven Innovation: Removing the Toxic Killers of Healthy Innovation, the three short skits starred Kablooe senior design manager Brian Mullins as Pete, and president Tom KraMer as the dozen or so costumed folks with whom Pete interacted (everyone from a wig-wearing marketing manager to cigar chomping executive). Sadly, poor Pete managed to commit every innovation sin imaginable, much to the amusement of the audience.

What follows is rundown of all the “toxic killers of innovation” (as the Kablooe Players called them) that Pete bumbled into during his 30 minutes of fame. The list is broken down into the three phases of product development where the killers most often rear their ugly heads: research, ideation, and design. And while knowledge of these hazards is a solid first step to eliminating them from your process, the Kablooe team also shared three simple rules for healthy innovation in each of the three phases.

Toxic Killers In The Research Phase

Avoid these pitfalls by sticking to an eight-step universal job map and by not being afraid to get your hands dirty, KraMer said. Get into the operating room to see how devices are being used in practice. And while you’re there, follow these three simple rules for observational research:

Toxic Killers In The Ideation Phase

Toxic Killers In The Design Phase

Instead, KraMer suggested following three simple rules for design development, reminding his audience that "design is very much a feasibility exercise":

While Kablooe’s satire was certainly entertaining, it carried a serious message for medical device designers — that the product development path is strewn with many traps and snares. Fall prey to one or more of these dangers and your design could go sideways in a hurry, failing to deliver real value to users and wasting your company’s precious time and money. Don’t end up like Pete. Beware the toxic killers of innovation.