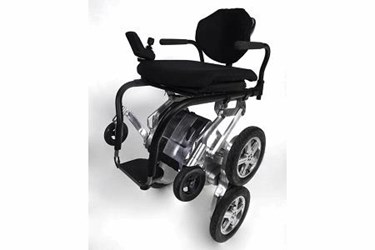 Toyota announced a strategic partnership with Segway inventor Dean Kamen and his company Deka Research and Development to develop the next-generation iBot, a motorized wheelchair capable of self-balancing and climbing stairs. The deal will give Toyota access to Deka’s proprietary balancing technology while providing Deka with the necessary funds to launch iBot and other potential collaborative projects.

Kamen first introduced stair-climbing wheelchair technology, funded in part by Johnson & Johnson, in 2001, according to Forbes. The first-generation iBot used gyroscopes to adjust to the user’s center of gravity while climbing stairs and raised users up to move at eye-level with other people.

Ultimately, the iBot was pulled from the market in 2009 because of its inability to navigate regulatory and reimbursement hurdles. In particular, the iBot’s $26,000 price tag was prohibitive for Medicare, which claimed at the time that the iBot did not have clinically proven medical advantages over existing $5,000 motorized wheelchairs.

Recent advances in robotics research have ushered in next-generation mobility technology, including robotic exoskeletons and smart prosthetics that mimic the feel of natural limbs. The Department of Veterans Affairs (VA) recently announced that it would cover the cost of ReWalk personal exoskeleton systems for qualifying veterans, a move that has been hailed as a “landmark policy decision” and a “paradigm shift in the approach to rehabilitation.”

Now, with help from Toyota, the iBot may be heading back to market. Though there is no date set for the re-launch of iBot and no word about a potential price adjustment, both Kamen and executives from Toyota expressed optimism that the technology was ready for a comeback, with a slimmer design and 15 years’ worth of technology improvements.

“Our company is focused on mobility solutions for all people. We realize that it is important to help older adults and people with special needs live well and continue to contribute their talents and experience to the world,” said Osamu Negata, executive VP of Toyota North America, in an announcement at the Paralyzed Veterans of America’s 70th Annual Convention.

Last November, Toyota announced a $1 billion investment in robotics and artificial intelligence technology to be applied to automotive and other mobility innovations. This investment established the Toyota Research Institute (TRI) at two facilities, one in Silicon Valley and another in Cambridge, Massachusetts. Former DARPA program manager Gil Pratt serves as TRI’s CEO.

In addition to smarter and safer vehicles, Pratt told IEEE Spectrum that TRI was also interested in directing research that would leverage existing automotive technology into at-home robotics that would assist an aging population, and he speculated about technology that could help people move about in their homes or reach inaccessible objects. Pratt also commented that TRI would be investing in startups and smaller tech firms to “help nurture technology.”

“The future of mobility is moving beyond the car and into areas we didn’t imagine even just a few years ago,” Jim Lentz chief executive of Toyota Motor North America, told Forbes.  “The reality is if we have a technology for vehicles, why not put it to other, better uses as well in society.”