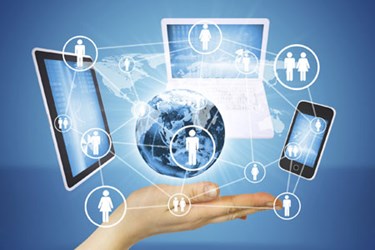 The National Health Service (NHS) in the U.K. is launching a series of “test beds” that will seek to address specific areas of clinical challenges using innovative monitoring technology and Internet of Things (IoT) analysis. By collaborating with Philips, IBM, and Verily (formerly Google Life Sciences), the NHS hopes to update its standard of care to the 21st century and position the U.K. as a hub of medical technology innovation.

Over the past nine months, the NHS has considered proposals and chosen seven test programs that will be launched at different locations throughout the U.K. The programs were selected based on the commitment of local leadership, scalability, and a demonstrated ability to collect and analyze evidence. Each project was designed to meet the challenges of today’s healthcare systems — specifically, how to reduce costs and improve patient outcomes by focusing on preventative care and ongoing management of chronic illness.

Simon Stevens, chief executive of NHS, said the Test Beds program would “cut through the hype” and test the practicality of emerging innovations. “Over the next decade, major health gains won’t just come from a few ‘miracle cures,’ but also from combining diverse breakthroughs in fields such as biosensors, medtech and drug discovery, mobile communications and AI [artificial intelligence] computing,” stated Stevens at the World Economic Forum.

Several of the pilots are directed toward elderly populations and use a combination of different devices, sensors, and apps to allow people to retain their independence for as long as possible. Sensors on everyday appliances could allow caregivers to track a patient’s daily habits, for example, and peer-to-peer social networks could improve outcomes for patients with dementia.

George McNamara, head of policy at Alzheimer’s Society, told The Telegraph that a quarter of NHS hospital beds are taken up by patients with dementia and “technology can be invaluable” in helping people to stay in their homes and health caregivers to provide patient-centered care.

Neil Mesher, managing director of Philips UK and Ireland, said that collaboration between industry and healthcare providers was the key to driving down rising healthcare costs and improving patient outcomes. A project partnering with Philips will investigate ways in which the NHS can reduce hospitalizations for patients with long-term illnesses.

Verily is participating in a project that will analyze patterns and trends associated with lung disease and heart failure, hopefully leading to what Verily CEO Andy Conrad called a “preventative model” for these chronic conditions.

Other programs are aimed at developing tele-health — wearable solutions for diabetics and at-risk mental health patients.

The medical device industry is steadily developing more sophisticated wearables and remote monitoring devices, reported Reuters, which cited Soreon Research estimates of a $41 billion market for smart wearables by 2020. Those companies who achieve success will be those who prove their devices can provide a substantial clinical benefit.

Life Sciences Minister George Freeman commented that the NHS was eager to participate in a program that would bring state-of-the-art healthcare technology to the U.K.

“Not only does it demonstrate the NHS’s attractiveness as a place to test and develop revolutionary new products,” said Freeman, “it is also another important step towards creating a truly twenty-first century NHS.”