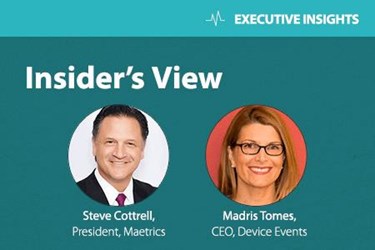 The U.S. Food and Drug Administration (FDA) made patient safety a strategic priority by developing specific legislation for UDI, but the FDA is not alone; the U.K.’s National Health Service (NHS) developed its own version of UDI, released in 2014, through the e-procurement strategy. The NHS sought to bolster transparency and efficiency in its procurement in order to increase patient safety.

But, it is not going to be smooth sailing for manufacturers looking to implement UDI into their systems and processes, as manufacturers who already have done so — both in the U.S. and the U.K. — have come across significant challenges. Still, UDI implementation can provide manufacturers with significant long-term benefits, particularly when compliance is achieved as early as possible.

In the U.S., the medical device industry already was in a position where products and devices were being tracked. However, there was no global unified system to track device names, models, or other pertinent information, for the distributor or the end user.

In 2006, the American Hospital Association (AHA) and the Association for Healthcare Resource & Materials Management (AHRMM) urged the FDA to develop a mandatory unique device identification system for all medical devices. It was thought that a standardised system to track medical devices would ensure that devices’ faults would be detected early on — which would help to diminish product recalls and, ultimately, to facilitate manufacturers’ post market surveillance practices.

The U.S. UDI system was written into law as part of the FDA Amendments Act of 2007. In 2012, Congress required that an insurance claims database (Sentinel Initiative) expand to include medical devices. The final rule, which imposed a series of compliance dates for UDI requirements, was published in 2013.

To smooth the transition to UDI use, the FDA brought in third parties, such as GS1, a global barcoding organisation; the Health Industry Business Communications Council (HIBCC), used in many domestic hospitals; and the International Council for Commonality in Blood Banking Automation (ICCBBA), for medical products of human origin.

The FDA did not expect UDI to be implemented overnight and assumed manufacturers would take a staggered approach, hence they instigated a seven-year rolling timeline to implement UDI in its entirety. It also became clear that a single repository to house device identification attributes was needed, which is why the Global Unique Device Identification Database (GUDID) was created.

Not everyone had the same feelings towards UDI — the FDA, manufacturers, and healthcare providers all had varying interpretations. This was particularly true for manufacturers, as some were considerably opposed to the FDA’s new level of oversight, while others presumed that the FDA launched UDI to ensure the medical device industry would catch up with the pharmaceutical industry’s anti-counterfeit and serialisation methods. The reason behind a lot of the hesitation toward UDI was the amount of administration work its implementation would require; there would be a massive operational overhaul, particularly when it came to labelling.

Healthcare providers, too, were sceptical of the new system, arguing that UDI implementation would be cost-prohibitive and technically challenging. However, successful implementation meant that many of the initial costs would be levelled out.  Some manufacturers viewed UDI as an expansive measure toward global regulatory harmonisation and championed the transition — a view that European manufacturers should consider adopting.

What Can Europe Gain From UDI?

Several years have passed since the U.S began implementing UDI, sufficient time to overcome the initial problems. It is important for European manufacturers to recognize this light at the end of the tunnel, and to implement UDI with an eye toward restructuring their operations with more thorough tracking and inventory systems.

Such efficient tracking/cataloguing systems garner significant benefits for these businesses, beyond just keeping regulators happy. After implementing UDI and initiating a more efficient tracking process, manufacturers should see a significant reduction in counterfeit products. Additionally, those manufacturers will be much better positioned to manage “trunk” inventory and consignment products. Access to a database of every device manufactured eases the process of determining whether a product should be removed from the manufacturer’s catalogue. Being able to improve a device’s traceability also contributes significantly to patient safety. For example, in the event of contaminated devices, hospitals can track which specific devices hospital staff already have used with/on patients, relying solely on the UDI information.

One substantial business benefit that accompanies fast compliance with UDI is expedited business ventures, such as mergers and acquisitions. Once an M&A deal has been announced, all involved parties must perform their due diligence before proceeding. Having UDI information to hand will facilitate this process and allow a seamless transition, as the manufacturer will have a definitive list of all manufactured products, making it significantly easier for them to perform a thorough risk assessment.

Manufacturers who fail to comply with federal regulations risk legal consequences and hits to their business’ bottom lines. The FDA, in particular, takes non-compliance very seriously, and it has the authority to prohibit non-compliant manufacturers from selling their products across state lines; for Europeans, a total ban would entail prevention of device importation into the U.S.

UDI implementation can be a complex process for a manufacturer. It involves coordination among multiple departments, and it comes at a hefty cost, both in terms of time and resources. Being well-prepared will help manufacturers minimize those burdens.

Before manufacturers make any drastic changes, though, they need to complete a thorough readiness assessment to determine which products already are compliant, or will be compliant by the applicable deadline. To avoid pitfalls that could arise during the UDI process, it is advisable to appoint a proficient project manager to manage a strong team. In lieu of such an in-house individual, or in addition to that person, external consultants can help manufacturers to avoid fines, recalls, rejections, and other unnecessary delays.

Despite the initial investment in time and resources, UDI provides manufacturers with substantial benefits, both in the short and long term. The cost-savings derived from improved inventory tracking will speak for themselves.

From a European perspective, manufacturers should strive to become UDI compliant as quickly as possible once the full UDI requirements are confirmed within the new MDR. Those who delay compliance, risk lost sales and damaged reputations. Manufacturers that are proactive also stand to gain a competitive advantage.

Steve Cottrell is the President of Maetrics and is responsible for the client service delivery, growth and overall performance of the company. His experience encompasses leading a wide array of business services within the life sciences sector, including business process outsourcing, strategic sourcing and clinical trial offerings. Mr. Cottrell is a business executive with 25-plus years of experience in the life sciences industry. His career has been dedicated to supporting services in the medical device, pharmaceutical and biotech market segments.

Madris Tomes is CEO and founder of Device Events – a web-based software platform that is focused on the medical device domain and provider space to intelligently search large data sets. Prior to founding Device Events, Ms. Tomes worked as a FDA Manager with a strong focus on increasing the value of UDI through its use in EHRs, claims payment systems, and in adverse event reporting. Ms. Tomes is a healthcare IT expert and strategist with over 18 years’ experience focusing on medical device data.