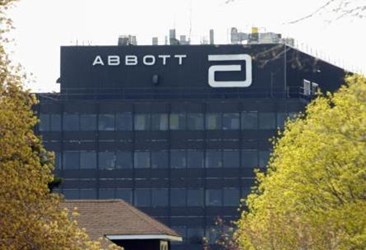 U.S. anti-trust regulators are set to approve the $25 billion acquisition of St. Jude Medical by Abbott Laboratories, according Reuters sources. The deal was approved by European regulators in November, contingent on the companies’ divestment of two cardiovascular devices to Terumo. However, Korea’s Fair Trade Commission (KFTC) has voiced concern over restricted competition in the vessel closure device market.

Abbott has spent the last several years preparing to broaden its foothold in medical devices, specifically cardiovascular devices and diagnostics. In 2013, Abbott spun off its pharmaceutical arm into a separate, publicly-traded company, AbbVie. In September, Abbott sold its medical optics business to J&J in a deal worth $4.3 billion. A deal to acquire Alere and its $5.5 billion point-of-care testing business has reportedly gone sour, and Abbott has filed a suit to dissolve the agreement.

Abbott has said that the acquisition of St. Jude’s portfolio will allow the companies to better compete with medtech giants Medtronic and Boston Scientific. According to Reuters, hospitals have made moves in recent years toward reducing their number of suppliers.

The combined company will be well-positioned to offer next-generation technology and improved efficiencies, and will hold no. 1 or 2 positions across several high-growth markets, said Abbott CEO Miles White when the deal was announced in April. “Bringing together these two great companies will create a premier medical device business and immediately advance Abbott’s strategic and competitive vision,” said White.

St. Jude has faced scrutiny in the past year over possible security flaws in its heart devices, and the company has notified providers of potential problems with premature battery depletion in certain St. Jude devices. There also have been reports of potential problems with data reporting in the company’s leadless pacemaker, Nanostim — also associated with battery problems. St. Jude has publicly denied any security risks associated with its products.

White told analysts in an earnings call that he believes St. Jude has “handled all this pretty well, pretty thoroughly.” White added that there is nothing to suggest that the deal won’t be approved by year’s end.

European anti-trust regulators approved the deal in November, on the condition that the companies sell off a portion of their vascular closure and electrophysiology businesses. Terumo’s $1.12 billion bid to purchase these devices was accepted in October.

Despite the deal with Terumo, the KFTC has reportedly voiced concern over the two companies' combined 99 percent share of the vessel closure device market, reported the Korea Times. Sun Joong-kyu, director in charge of corporate merger at the KFTC, told the newspaper that the acquisition would put an end to the companies’ competition, “which makes it highly likely prices will be raised.”

The KFTC has ordered that Abbott sell all assets and technology in development related to vessel closure devices.