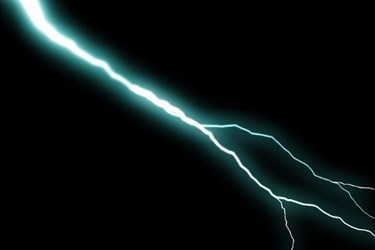 A team of researchers from Virginia Polytechnic Institute and State University (Virginia Tech) have developed a novel cancer treatment device that delivers high concentrations of medications to tumors while minimizing systemic toxicity. Using electric fields, the new approach drives therapeutics deep into target areas, which would not normally be attainable by systemic methods.

Iontophoresis uses an electric field to drive molecules in a certain direction. The molecules must be charged, or ionic, which allows them to be influenced by the applied field. It is essentially an active form of transport that can induce molecules to flow in a given direction, even up a concentration gradient.

Many drugs rely on diffusion from the blood stream into a target tissue, but if the diffusion gradient isn’t favorable, or circulation of blood is limited, the quantity of drug delivered will be smaller and less effective. In addition, the systemic application of the drug exposes the remainder of the body’s healthy tissues to the toxic chemicals, often causing significant side effects.

In an attempt to improve the effectiveness of cytotoxic cancer drugs, while minimizing their side effects, a team from Virginia Tech has developed an iontophoretic drug delivery device, according to a recent press release issued by the university.

“A big challenge with many drugs is getting them where they need to go,” Lissett Bickford, an assistant professor in the Department of Biomedical Engineering and Mechanics and the Department of Mechanical Engineering, said in the press release, “This technology basically forces drugs directly to and through the tumor, allowing all cancer cells in the treatment zone to get that exposure.”

To drive the drugs into the tumor tissue, the team developed a new device that is intended to be implanted in the tumor or placed on the skin of the patient, and includes a reservoir of the therapeutic chemical to be administered. The device can force drugs throughout the entire tumor, even when there may be a pressure gradient that would normally prevent it. This is particularly useful for tumors in organs like the pancreas, which have little blood flow passing through them.

The device was designed to enable external control of drug flow, according to a recent study the team published in Science Translational Medicine. Its effectiveness was tested in three different orthotopic mouse models for cancer, along with one dog model. Application of the drug gemcitabine using the device had a significant impact on the tumor, which was indicated by a mean log2 fold change in tumor volume of –0.8. Intravenous (IV) administration also slowed the growth of the tumor with a mean log2 fold change in tumor volume of 1.1 for gemcitabine, which was apparent when compared to the control group’s log2 fold values of 3.0 for IV saline and 2.6 for device saline.

When the device was combined with systemic cisplatin therapy, another common cancer drug, survival doubled in the animals, according to the study. With cisplatin and radiation therapy, survival rates were further increased. Measurements taken in the dog model showed a local concentration in the tumor to be seven times greater, while the systemic concentration of the drug was a substantial 25 times lower that IV treatment.

Delivering chemotherapy to tumor tissues while sparing healthy tissue is a fundamental goal of cancer researchers. Many research teams are exploring methods of achieving this goal by using nanoparticle materials. For example, one approach that was recently introduced used nanoscale graphene “flying carpets” to deliver drugs to tumors.