Using Radar To Detect Falls In The Elderly 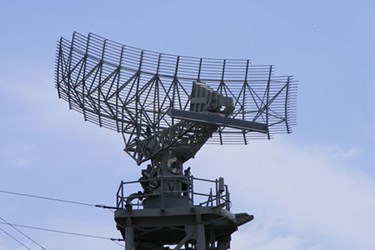 Moeness Amin, director of the Center for Advanced Communications in the college of engineering at Villanova University, is developing a radar system designed to monitor the well-being of elderly individuals in their homes. The system will alert medical authorities and first responders if the individual falls or suffers an injury.

Amin’s home monitoring system borrows from radar technology used primarily by law enforcement and the military, but it has been repurposed for use in the homes of the elderly. In particular, Amin sees his technology as a potential alternative to more traditional home monitoring systems that rely on cameras and wearable devices, such as bracelets that can send distress signals to monitoring companies or medical dispatchers.

The radar device is capable of detecting motion through walls, and it operates by sending, receiving, and analyzing frequencies that change according to the movements of a person’s body.

While this type of radar technology has proven effective in military and law enforcement activity, Amin reported that it required some additional fine-tuning before being effective as a means of monitoring whether or not an elderly person has fallen or has been injured in their home.

“The last thing you want,” said Amin, “is to alert the first responder that somebody fell; they rush in, and the person is just sitting down drinking tea.”

To avoid this problem — along with the more dangerous problem of failing to register an actual fall or injury — Amin had to devise a highly specialized algorithm for charting and recognizing the normal movements of the people being monitored. This algorithm generates what he calls a “Doppler Frequency Signature” for the person being monitored. This approach allows the radar device to learn the movement patterns of the resident in order to effectively differentiate between acts such as sitting or lying down and an actual fall.

In the event of an emergency, the device will send alerts to medical authorities as well as to the home or cell phone of someone else, like a family member.

The device is currently still under development, but Amin hopes to begin working to identify a company to help bring it to market sometime by the end of the year.