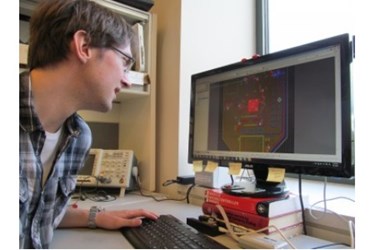 Essential tremor, a nervous system disorder that causes a rhythmic shaking in the hands, affects an estimated 10 million Americans and millions more worldwide. Deep brain stimulation, essentially a pacemaker for the brain, has been approved to treat essential tremor. But there is not an existing system that automatically provides electrical stimulation only when needed.

Now, researchers from the University of Washington Department of Electrical Engineering, UW Department of Neurological Surgery and UW Department of Philosophy have teamed up with medical device manufacturer Medtronic to use the Activa® PC+S Deep Brain Stimulation (DBS) system with people who have essential tremor. The system is not yet approved by the Food and Drug Administration for commercial use in the United States.

One drawback with existing DBS devices is that batteries only last three to five years, depending upon how frequently stimulation occurs. By increasing battery life, the UW researchers hope to lengthen the time between surgeries – which carry risks of coma, bleeding and seizures – that patients must undergo to replace the device.

“The technology we’ve created using the Activa PC+S is unique in that it will selectively determine when and how stimulation should occur,” said Jeffrey Herron, a UW doctoral student in electrical engineering. “In doing so, we hope to increase battery life and reduce side effects.”

The technology also aims to alleviate potential side effects from DBS therapy, which can include worsening of motor symptoms and speech and language impairments, by adjusting stimulation parameters. 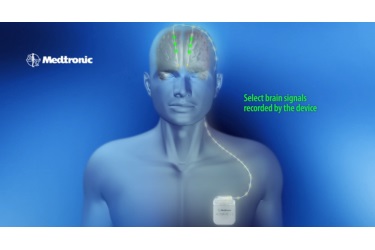 This type of device, along with externally-worn equipment, is known as a closed-loop system, because it encompasses the complete path followed by an electrical signal. In this case, the system will use either externally-worn sensors or recorded neural signals in the brain to modify stimulation within limits that are established by a clinician.

In addition, researchers are also exploring the use of voluntary neural commands by the patient to modify the therapeutic stimulation. “This will let the patient decide when to adjust their stimulation, to reduce side effects,” said Howard Chizeck, UW professor of electrical engineering. “The negative effects of stimulation on speaking could be reduced voluntarily for a while, at the cost of more tremor,” Chizeck said.

Activa PC+S has been made available to a select number of research institutions worldwide for physician-sponsored research. This collaboration stems from work at the Center for Sensorimotor Neural Engineering (CSNE), which is based at the UW and is one of 17 Engineering Research Centers funded by the National Science Foundation. Medtronic is an industry member in the CSNE.

The UW team received US Food and Drug Administration approval for an investigational device exemption in November 2014 and, subsequently, Institutional Review Board permission to conduct this research with human subjects. UW Medicine’s Dr. Andrew Ko and his team have started to recruit patients.

“One part of my job that gets me particularly excited is when an operation has the potential to significantly improve a patient’s function and quality of life,” said Ko, whose research expertise lies in DBS and epilepsy. “The patients whom I treat are complex and require multidisciplinary care. This collaboration that teams up neurological surgery, electrical engineering and philosophy really gets at the multidisciplinary approach at the UW and allows us to explore DBS therapy in a truly innovative manner.” 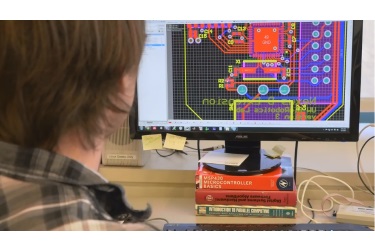 Timothy Brown, UW doctoral student in philosophy, is working with researchers on the neuroethics of DBS device design and use. Brown will help shape the research study by exploring how people who have voluntary control over DBS therapy might come to think of themselves (and their abilities) differently than people without that same control.

In conjunction with the Activa PC+S device, scientists will use Medtronic’s Nexus-D system, which performs real-time command and control of the implanted device.

Research being conducted with the DBS system may one day unlock the mechanism of action for DBS therapy—currently, clinicians do not understand how it works, despite its efficacy—and lead to future advances in treatment. To date, more than 125,000 patients worldwide have received Medtronic DBS therapy.