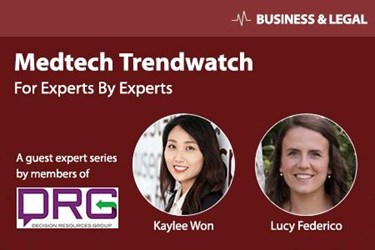 The dental industry lies under the general umbrella of the healthcare industry in that it provides basic health services and solutions to the public. But, the dental industry is characterized by unique constraints unlike those of any other medical industry. The crux of these differences is the lack of dental procedure reimbursement for patients, due primarily to the fact that most dental procedures are considered elective.

While patients face monetary barriers in accessing dental care, dental device manufactures confront challenges in the dental industry due to relatively high product commoditization. There are fewer opportunities for device innovation compared to other medical device industries; this is especially true in the dental implant and biomaterial markets, where product commoditization is more prevalent.

Although innovation in this market is relatively stagnant, there have been several paradigm shifts in dental industry demographics and economics that currently impact the entire dental landscape. These shifts ripple outward to affect the patients, the dentists, and ultimately the manufacturers of dental medical devices — in a way that is causing major changes in the dental medical device competitive landscape.

According to historical data on national health expenditure by the Centers for Medicare & Medicaid Services (CMS), dental expenditure has increased tremendously, from $32 billion in 1990 to over $113 billion in 2014 (Fig. 1). This growth was driven mainly by the increasing number of patients seeking dental care and growth in dental procedural cost. However, careful analysis into recent years, with adjustments for inflation and population growth, indicate that dental spending has actually begun  to slow down, with the dental expenditure growth rate declining to about 2 percent per year.

Despite a small increase in the share of dental expenditure financed by public sources, most dental expenditure remains financed mainly by private insurance and out-of-pocket spending. According to the American Dental Association (ADA), dental care utilization has improved among children, but has declined heavily among working-age adults; currently, only one-third of U.S. adults visit the dentist (Fig. 2).

While the Affordable Care Act (ACA) brought many changes to the U.S. oral healthcare system and had a positive impact on the uptake of private dental benefits, the cost barrier remains the number one reason why adults avoid dental visits. It is predicted that there will be a continuous reduction in the number of middle- and high-class working-age adults seeking dental care, in spite of increasing private insurance, while demand for dental care among children and seniors will increase.

This change in patient demographic for dental procedures suggests a key market opportunity for dental device manufacturers to target different patient groups. In order to remain competitive, manufacturers will need to analyze the shifting dental spending habits of this new patient mix, especially as the aging baby boomer population becomes a dominant force in this market.

As the U.S. healthcare system moves from a provider-centric to a patient-centric and value-based reimbursement model of care, the shift in patient demographic also has impacted dental care providers. The number of new dentists entering the workforce has expanded, due mainly to the rising number of dental graduates, as well as the increasing age of retirement among dentists. This has somewhat intensified the competitive landscape between dental service providers, resulting in the consolidation of smaller practices into larger dental practice conglomerates, known as Dental Service Organizations (DSOs).

A research brief by the ADA’s Health Policy Institute found that the number of large group practices has grown in the U.S., while the number of small practices (those with fewer than 20 employees) has declined over the past decade. The consolidation of dental providers will persist, especially as new and young dentists are attracted by the advantages that DSOs offer, such as income security and decreased financial burden from operational costs. This trend is also evident in parts of Europe, where there is increased competition in the wake of the economic crisis, and practices have merged for the survival of their businesses.

The growing contingent of DSOs aims to increase market potential by maintaining a sufficient patient base and improving economies of scale. DSOs will also have resources to invest in dental equipment, such as CAD/CAM systems or cone beam computed tomography (CBCT) scanners for more predictable and efficient dental implant placement. However, the successful implementation of such devices will largely depend on the practice’s ability to organize and provide staffing and training in order to benefit from the evolving technology.

The dental medical technology industry differentiates itself from other non-elective medical technology segments in that patients play a much larger role in the decision-making process, in terms of deciding which medical devices to use for the procedure. Over the next few years, dentists should expect to see a growing consumerism in the dental space — and given that procedure fees are increasing, many of these consumers will choose the option that is most cost-effective.

What does increasing consumerism and cost-consciousness among patients mean for dental device manufacturers? Primarily, patients will do their own research and demand the most cost-effective options from physicians, which in turn puts competitive pressure on dentists to find dental technology options that are more aligned with their patients’ low cost requirements. Therefore, manufacturers need to evolve to meet these growing demands in at least two ways.

First, companies will need to alter their marketing strategies to include direct-to-consumer marketing. Manufacturers have already begun to launch platforms targeted at patients. For example, Straumann launched its Patient Pro program in November 2015. The platform provides marketing tools for dentists so they can educate patients on different dental procedures — as seen with Straumann products. Straumann also recently released patient-targeted videos on YouTube, a media platform where they can leverage their audience, to promote their dental implants.

In addition to direct-to-consumer marketing, manufacturers will need to direct marketing efforts toward the growing number of DSOs in order to remain competitive. Once a dental product has been chosen by these dental practice corporations’ overhead management, it becomes the standard of care for all member dentists. Therefore, manufacturers need to aggressively market their products to these growing conglomerates in order to capture large shares of the market.

Second, manufacturers must expand their dental offerings to accommodate the cost-conscious demands of patients and physicians. Expansion into the value-based segments of dental technology is especially important for manufacturers that primarily offer premium dental products. The distinction between premium and value-based segments is particularly salient in the dental implant market, given that the designs and shapes of dental implants are highly commoditized, which has allowed several value players to enter this space and offer dental implants at a lower price.

This trend is visible in the Europe as well as in the U.S. In fact, the European value segment of the dental implant market is expected to grow at a CAGR of nearly 8 percent over the next ten years, whereas the premium market is expected to grow less than half as much over the same timeframe (Fig. 3). So, if implants are highly commoditized, what is the distinction between premium and value offerings? Primarily, premium implants can be distinguished based on the brand’s historical reputation and the extent of documentation proving efficacy based on clinical trials, which translates into premium implants being offered at higher prices.

Demand for lower-cost options also has shaped M&A activity in the global dental space over the last year. Indeed, most recent acquisitions have been driven by a manufacturer’s goal of expanding its value segment. The most notable acquisition was Straumann’s takeover of Neodent. Straumann is a globally recognized manufacturer of premium dental implants, among other products, whereas Neodent — which has large shares in the Latin American dental implant market — offers value-based implants and abutments. With this acquisition, Straumann has effectively entered the quickly growing value segment, while maintaining its reputation as a premium dental implant manufacturer.

Similar to Straumann’s acquisition of Neodent, other premium dental technology companies will look to capitalize on the dental technology space’s growing value segment, and will do so by acquiring or partnering with value-segment companies to expand their dental offerings. Other examples of such deals include Zimmer’s acquisition of Biomet 3i, a value-segment dental device provider, and Straumann’s recent acquisition of a 30-percent stake in the implant business of Anthogyr, a manufacturer based out of France that has growing shares in China’s value-segment dental implant market.

As demand for less expensive devices increases, we expect to see more of these types of mergers and acquisitions in the near future. In fact, Dentsply Sirona and Zimmer Biomet, two premium dental technology suppliers, are rumored to be in a bid to acquire MIS Technologies, an Israel-based manufacturer that offers value-segment dental devices and has a large presence in Latin America. By expanding their value offerings, dental manufacturers will be able to evolve with the demands and needs of the changing dental patient demographics.

Although the dental medical device market contains several mature segments that are characterized by higher commoditization and lack of innovation, the dental landscape on a whole is shifting due to changes in regulatory factors, demographics, and economics.

This evolving dental landscape has had a major impact on dental manufacturers. It has forced manufacturers to view patients as consumers and focus on direct-to-patient marketing, as well as target marketing efforts toward the growing number of DSOs. It has also changed the competitive landscape of the dental space, where consumers’ cost-consciousness is driving the growth of the value segment over premium segment dental technologies, especially in the dental implant market. Overall, as the demographic continues to shift towards an older patient population with sustained limited reimbursements for dental procedures, dental technology manufacturers will be required to continue evolving their business strategies in order to remain competitive.

Kaylee Won is a Senior Analyst on the Medical Device Insights team at Decision Resources Group. She has authored multiple projects covering dental therapy areas, specializing in the dental biomaterials and CAD/CAM markets. She holds a B.Sc. from McGill University.

Lucy Federico is an analyst on the Medical Device Insights team at Decision Resources Group. Her main areas of focus are the global dental implant and biomaterial markets. Lucy holds a B.Sc. in biological sciences from McGill University.