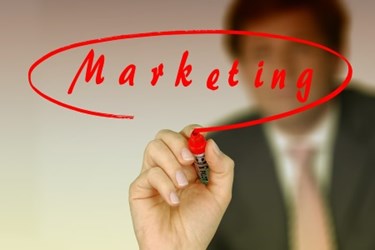 Transcatheter aortic valve replacement is much less invasive than open heart surgery, but like most procedures, it comes with risks. A recent study, however, shows that hospital web marketing for the procedure often fails to accurately convey these risks. In many cases, risk information was even left out, which may be doing patients a disservice.

The aortic valve is one of the key structures in the cardiovascular system. As blood is pumped from the heart’s left ventricle, the valve closes to prevent the flow of blood back into the heart. Malfunction of the valve happens for many reasons, some congenital and others related to age. The condition is often treated using aortic valve replacement.

Historically, this procedure was performed using open heart surgery, one of the most invasive procedures possible. With the advent of the transcatheter aortic valve replacement (TAVR), however, the placement of a new valve is much less invasive. Instead of open heart surgery, a catheter is threaded through the femoral arteries to the heart, and the valve is placed via the catheter.

In many ways the TAVR approach is much less risky than open heart surgery, which actually allows many patients not eligible for open heart surgery to have a valve replaced, according to a recent press release from the Perelman School of Medicine at the University of Pennsylvania. Despite these advantages, however, there are some risks that are higher for TAVR patients, and patients should be aware of those risks before consenting to the procedure. Concerned that proper understanding of the risks wasn’t being delivered to patients, Penn researchers decided to take a closer look.

When the researchers delved into the subject, they discovered that up to 78 percent of adult patients get their health information online, according to a recent study published by the team in JAMA Internal Medicine. Using this key fact, the team decided to study the information about the known risks and benefits of the TAVR procedure that hospitals advertise on their websites. Of the 262 hospitals included in the study, 99 percent of them discussed at least one benefit. The most common benefits mentioned were decreased invasiveness, potential for rapid recovery, and improved quality of life, according to the press release.

When it came to the discussion of risks, however, the researchers found that only 26 percent of hospitals included information, according to the press release. The most common of the risks mentioned included stroke, the risk factor for which can be up to twice as great in TAVR procedures when compared to open heart surgery. Other common risks mentioned were vascular complications, death, and unknown long-term valve durability.

“Our analysis determined that while hospital websites universally mention the potential benefits of TAVR, they rarely present any information on the procedure’s known risks,” Mark Neuman, M.D., M.Sc., an assistant professor of anesthesiology and critical care at Penn's Perelman School of Medicine and a senior fellow of the Leonard Davis Institute of Health Economics, in the press release. “Hospitals have an opportunity to encourage appropriate use of this treatment by presenting a more balanced view of both the known risks and benefits of TAVR.”