What's Driving The Surge In The European Laparoscopic Devices Market? 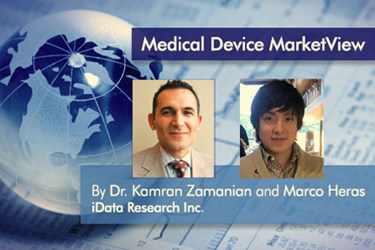 A comprehensive analysis of the European market for laparoscopic devices, with a focus on how market competition and changing reimbursement rates are affecting procedure volumes, sales volumes, and market values of medical devices

In its most recent incarnation, minimally invasive surgery is only about 20 years old. Although the first laparoscopic procedure was performed in 1902, and the technique was practiced intermittently over the intervening years, it was not until 1987 that Philippe Mouret performed the first video-laparoscopic cholecystectomy in France. At the time, the profound effect the operation would have on the future of patient-care was not known.

Today, Europe’s move to a diagnosis-related group (DRG) based reimbursement system underscores the importance of these developments in minimally invasive surgery. With the current state of healthcare funding and limited hospital bed access, there has never been more of an emphasis on decreasing postoperative patient recovery times. If a cholecystectomy procedure still required a four- to six-day hospital stay and a four- to six-week postoperative recuperation, the current volume of patients – not including the anticipated infusion of aging pensioners – would stretch the current European medical infrastructure to its breaking point. With superior recovery times, and decreased postoperative pain, laparoscopy is in a prime position to experience rapid growth over the next decade.

Growth In Laparoscopic Devices Market To Accompany Increasing Procedural Volumes
Over the last few years, procedural volumes have spiked in gynecology and obesity interventions across Europe. The market for bariatric procedures grew over 7% in 2013, greatly outpacing the 2.5% growth in the overall number of laparoscopic procedures. In tandem with these increases in procedural volumes, sales of laparoscopic devices in Europe have increased to almost €1.87 billion in 2013.

As is the case with many laparoscopic procedures, increases in bariatric surgeries did not correlate with country-specific obesity rates, but instead with the number and skill level of bariatric surgeons. For example, 23% of the adult population in the U.K. is obese, but the country has one of the lowest surgery rates in Europe. This is a trend that can be traced back to the poor development of laparoscopy in the country, a trend that forces many British citizens to go abroad to Belgium or France for surgery. Ultimately, the main driver behind increasing procedural volumes is the combination of an aging generation of baby boomers who are demanding less invasive surgery, and surgeons who are receiving better training in laparoscopy than in the past.

An increased emphasis on capital budgets following the European financial crisis is also working in conjunction with these external factors, as many governments look to increase the efficiency of their healthcare systems. Although a lack of surgeon training has limited this market in the past, this new emphasis on managing patient recovery times could allow laparoscopy to tap into a significantly larger patient pool. With increasing acceptance of these techniques throughout Europe, the outlook for laparoscopy is extremely favorable.

Trend Toward Multifunctional Devices Driving Growth
As the pressure to cut costs rises across Europe, every device entering a hospital needs to justify its cost with proven efficiency gains. New medical devices are attempting to meet these demands by providing surgeons with high-efficiency multifunctional devices that cut costs over time.

This statement is best exemplified by the fastest growing market in laparoscopy, namely the market for direct energy devices. In 2013, the overall market grew by 5.6%, while the fastest growing portion of this market, the market for advanced bipolar devices, grew even faster. Advanced bipolar devices are multifunctional devices that allow surgeons to both seal and grasp vessels. They represent 61% of the overall market by value, and are expected to grow substantially through 2020.

Olympus’s introduction of the Thunderbeat device combines both ultrasonic and advanced bipolar energy, making it the only device in the world that can both rapidly dissect and seal vessels at the same time. Covidien and Ethicon Endo-Surgery are the other prominent competitors in this market and are market leaders in advanced bipolar and ultrasonic energy respectively.

These devices represent the marriage of multiple laparoscopic instruments into one, resulting in decreased operating times, and even greater surgical efficiency. While sales volumes of advanced bipolar devices are increasing, average sales prices (ASP) are decreasing, as Olympus, Covidien, Ethicon Endo-Surgery and a slew of smaller manufacturers compete for market share in this lucrative market. The overall market for direct energy and ultrasonic devices was valued at €453 million in 2013, and will be worth over €590 million by 2020.

Changes In The Competitive Landscape For Laparoscopic Devices Looming
The European market for laparoscopic devices has been contested by numerous major corporations for over a decade. Ethicon Endo-Surgery, Covidien, Karl Storz, Applied Medical, Richard Wolf, Olympus, and Stryker are some of the major market competitors that compete in this multi-billion dollar industry.

Ethicon Endo-Surgery was the leading market competitor in 2013. The company relies on its stellar reputation for high-quality products, especially in the ultrasonic and stapling devices market. The company generally prices its products well above the market average, avoiding competition-based pricing when possible. A large part of its revenue stems from its Harmonic ultrasonic instruments, which have monopolized the ultrasonic device market for years. Despite intense competition from Covidien and Olympus in the market for tissue management systems, Ethicon Endo-Surgery continues to dominate the market, a testament to the strength of its direct sales force, and the faith that end users have in its products.

Covidien was the other major competitor. Sales of its Ligasure devices allowed the company to gain a commanding position in the direct energy device segment. Covidien is working to enhance growth through research and development, as well as further acquisitions. Sales of its access devices have suffered over the last few years, a trend that is not representative of the whole market, but perhaps attributable to the aggressive sales strategies of Applied Medical – a prominent competitor in the market for access devices.

Over the next few years, competition in the market for direct and ultrasonic energy devices will ramp up considerably. Olympus’ entry into the market with its Thunderbeat device signals the company’s pivot to the medical device market. Olympus is best known for its diagnostic endoscopes, for which it controls about 70% of the global market, but the company is betting on growth in their medical businesses to help rebuild the firm after its 2011 corporate corruption scandal. 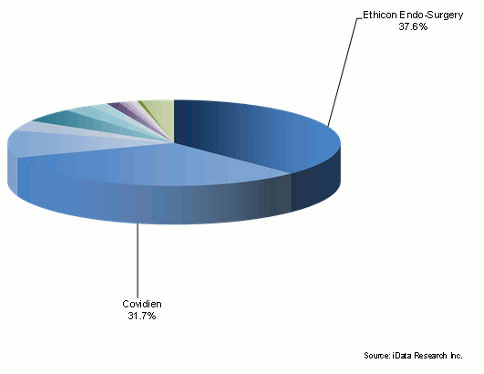 Additional Information Is Available
The information contained in this article is taken from a detailed and comprehensive report published by iData Research Inc. (www.idataresearch.com) entitled 2014 European Market for Laparoscopic Devices. For more information and a free synopsis of the above report, click here.