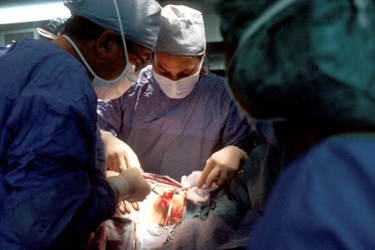 Using cell-free DNA found in the blood stream, a team led by Vanderbilt researchers has developed a highly accurate method for detecting prostate cancer. Through massive parallel sequencing of this DNA, the method may transform cancer diagnostics and enable real-time monitoring of patient responses to therapy. Instead of using tissue biopsies, the new method only requires a blood sample.

Cells that compose a tumor generally exhibit genetic instability when compared to their healthy counterparts. One form of this instability is called copy number variation, which is an alteration in the cancer cell DNA that occurs when an abnormal number of genes are present. Copy number variation is closely associated with cancer and is part of the cell-free DNA released into the blood when cancer cells rupture, which makes it a strong candidate for use as a cancer biomarker.

Seeing the potential for using cell-free DNA as a biomarker, an international team led by Vanderbilt University developed a highly accurate blood test for cancer, according to a recent article from Research News at Vanderbilt. To evaluate the effectiveness of the method, a study was conducted using archived blood specimens from more than 200 patients that were diagnosed with prostate cancer, along with an equal number of control patients. With the new test, the researchers were able to identify the cancer without knowing the genetic signature of the tumors beforehand. Additionally, the test was about 3 times more sensitive than a prostate-specific antigen (PSA) screening and did not require a tissue sample, which led to the term “liquid biopsy.”

In addition to normal control patients, other patients were chosen based on the presence of benign prostatic hypertrophy and prostatitis, according to a study published by the researchers in Clinical Chemistry. Importantly, benign prostatic hypertrophy and prostatitis are conditions that elevate the traditional PSA marker in a nonspecific way that is indistinguishable from prostate cancer. The new test, however, was able to identify cancer as distinct from these other conditions with an accuracy of 91 percent. In the control group, the test was accurate 84 percent of the time.

“Based on the reported data and work in progress, I believe the ‘liquid biopsy’ will revolutionize cancer diagnostics, not only before a patient begins therapy but also following patient responses to therapy,” said William Mitchell, M.D., Ph.D., the paper’s corresponding author and Vanderbilt professor of Pathology, Microbiology, and Immunology, according to the article.

Several cancer biomarkers have been reported recently in literature, but this test is more comprehensive and sets itself apart, according to the article. Instead of focusing on only one or two specific mutations that characterize a specific cancer, the new test studies the entire cell genome. To do this, the team identified about 20 “hotspots” in cancer genomes that demonstrate a high likelihood of being abnormal. These hotspots were mostly related to cell replication.

Other approaches to prostate cancer detection have used biomarkers found in the urine, which are detected by an electronic nose.