Will The EPA's Sterilizer Assessment Disrupt The Medical Device Industry? 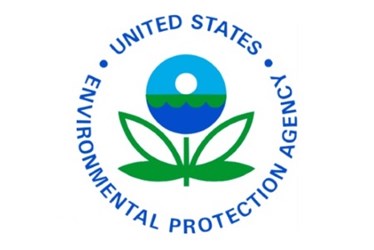 The Chemical Assessment Advisory Committee (CAAC) of the Environmental Protection Agency’s Science Advisory Board (SAB) met recently to evaluate the agency’s Integrated Risk Information System (IRIS) draft assessment of the carcinogenic effects of ethylene oxide (EO). The final draft conclusion on the risks of EO could have major implications for medical device makers.

According to a recent Bloomberg article, “the committee will examine the science the agency used and how it used that science to reach a draft conclusion that ethylene oxide can cause cancer when inhaled.”

In comments submitted to the committee, Boston Scientific noted that ethylene oxide sterilization is the “primary method approved by the FDA to reduce microbial contamination and the attendant risks of infection from viruses, bacteria and fungi.” The company also noted that EO is one of the most commonly used methods of sterilization in the medical device industry.

In addition, the industry giant noted that close to 70 percent of its devices around the world are sterilized using ethylene oxide. Boston Scientific also remarked that, “restricting the use of EO as a viable sterilization method would severely impact the availability of approximately 32 million devices sterilized annually, many of which are life-saving.”

Boston Scientific added that it takes the safety of its workers seriously and employs a number of monitoring systems, protective equipment, and significant training to “assure its employees are free of the exposure dangers” to ethylene oxide.

“Ethylene oxide is an important option that needs to be available to health care facilities,” 3M Health Care Business said in comments to the CAAC, advising the committee that changing the draft could cause some hefty problems for industry.

Noting ethylene oxide has been used for decades as a primary method for sterilizing devices, 3M also added that “the combination of the penetration ability and superior materials compatibility makes ethylene oxide critical for sterilization of intricate devices while assuring the most cost-effective sterilant in the health care setting.”

When concluding its comments, Boston Scientific encouraged “the CAAC to carefully consider the potential impact of the IRIS assessment and weigh the risk/benefit analysis on the ability to provide sterile medical products to healthcare providers and the patients that need them.”