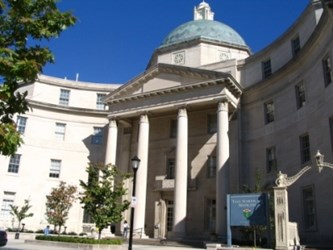 A new study conducted by Yale University researchers suggests that both premarket and postmarket approval standards applied to high-risk devices by the U.S. Food and Drug Administration are lacking. The researchers also caution that the current regulatory climate threatens to further weaken these standards.

In the study, published this week in The Journal of the American Medical Association (JAMA), a team led by Dr. Joseph S. Ross of the Yale University School of Medicine reviewed the total product life cycle of the 28 Class III medical devices that passed through FDA’s premarket approval (PMA) pathway between 2010 and 2011. The study revealed a large discrepancy in the number — and quality — of clinical studies conducted on these devices.

According to the study, the 286 total clinical studies for the 28 high-risk therapeutic devices constitute 82 premarket and 204 postmarket tests, only 33 of which the FDA required. Therefore, the FDA determined market approval based on roughly one pivotal study per device. Further investigation showed that five devices had no postmarket testing, while 13 others were subjected to three or fewer studies. Also, only about 13 percent of the initiated postmarket studies were completed within three to five years following the FDA approval.

A MedScape article examining the report states that, out of the 28 devices, 10 were eventually recalled, showing the danger posed by limited testing.

In their report, the authors state "our findings of limited premarket evidence generation and few FDA-required postmarket studies highlight the need for continued study, either through manufacturer-initiated or investigator-initiated studies, to advance postmarket understanding of device safety and effectiveness.”

Even before this study, some questioned the PMA’s rigor, a claim that contradicts the FDA’s international reputation of stringent regulation.

Ross explained in an interview with Reuters Health that no one had comprehensively reviewed the testing of high-risk medical devices before now. “The difference is, in many European countries they have much better capacity to follow devices once they are in practice. They allow devices on the market quicker in the U.K., but follow the devices so they can observe them in practice.”

To ensure the safety of medical devices in the future, the authors of the Yale study suggest bolstering both pre- and postmarket approval standards. Still, the researchers noted that the U.S. does not have adequate measures in place to strictly regulate postmarket approval, adding that “pending legislative efforts will only further reduce premarket evidence requirements for medical devices.”

The authors reference the 21st Century Cures Act, passed in the U.S. House of Representatives in July and pending before the U.S. Senate, as one such piece of legislation. They say the bill’s lowered evidence standards will likely further reduce the number of studies for high-risk devices.