2 Years After Germany's Regulation For Digital Health Apps, What Can We Learn? 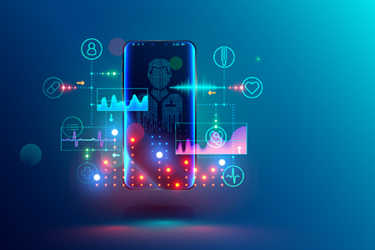 At the end of 2019, the Digital Healthcare Act (Digitales Versorgungsgesetz, DVG) introduced a dedicated pathway enabling reimbursement of digital health offerings in Germany, bringing more transparency into the approval process for manufacturers, physicians, and patients. Although its scope is narrow and the bar for inclusion high, many consider the DVG a breakthrough that allowed Germany to advance from a relatively low level of healthcare digitization (among developed countries) into a role model position. Since the first digital health application (digitale Gesundheitsanwendung, DiGA) was approved for reimbursement in September 2020, 28 DiGAs have now been approved for reimbursement, either provisionally or permanently. As more apps await approval and more prospective medtech and biotech companies eye the German digital market, lessons from current DiGAs could help shape how clinical design and eventual application for reimbursement are approached. In this analysis, we take a closer look at DiGA applications to date to draw conclusions for manufacturers.

What Is The DVG, And How Does It Work?

The DVG was adopted by the German parliament in November 2019, with the goals of embedding digital health into the healthcare landscape by connecting pharmacies and hospitals on telematic infrastructures, digitalizing healthcare administration, and rewarding both telemedicine and telehealth initiatives. This promotion of digital innovation has enabled the transfer of successful pilot projects into regular provision of care, expanding the options to use health data for research purposes. The DVG also allows requires statutory health insurance (SHI, covering ~90% of the German population) to reimburse approved digital health apps (or DiGAs) as new avenues of treatments, often complementing existing pharmaceutical interventions.

A DiGA needs to meet several criteria for approval:

Once approved, a patient can access a DiGA using an app-unlocking access code sent via their health insurer, only after a physician prescription has been initiated. For a patient with private health insurance (PHI), access to DiGAs may be limited depending on approval and reimbursement.

Eligible health applications are listed in the official DiGA register maintained by the German Federal Institute for Drugs and Medical Devices (Bundesinstitut für Arzneimittel und Medizinprodukte, BfArM).1 To be included, a manufacturer needs to apply to BfArM, which will assess whether the DiGA meets the requirements listed above. If all requirements are met, the DiGA is included in the list permanently. If all requirements apart from “demonstration of positive effect on care” are met, the DiGA is included on the list provisionally for one year, in which time the manufacturer must provide proof of benefit. During that first year, the DiGA manufacturer is also allowed to set its own list price to be reimbursed by the SHI and/or PHI, when applicable. If the DiGA is included on the BfArM list permanently, a set reimbursement price is negotiated and agreed with the National Association of SHI Funds (“GKV-Spitzenverband”) for all subsequent years. This process is similar to how broader pharmaceutical prices are negotiated and set in Germany.

As of January 2022, little over one year since the reimbursement of the first DiGA, 28 applications are now listed on BfArM’s register (see Figure 1). Of these 28 DiGAs, eight are permanently on the inclusion list, with the rest receiving provisional inclusion as they conduct trials to generate evidence of their positive effect on care. Among the many therapeutic areas covered by these applications, psychology stands out, being targeted by half of all applications, including six of the eight permanently on the inclusion list. DiGAs focusing on psychology are indicated for phobias (agoraphobia, panic, social phobias, generalized anxiety), addiction (tobacco or alcohol), depression, stress, pain, and insomnia. DIGAs in other therapeutic areas include those indicated for tinnitus, multiple sclerosis related fatigue, breast cancer and tumor-agnostic support (information, monitoring/diary, alerts), migraine, stroke follow-up, knee pain, obesity, irritable bowel syndrome, impotence, and diabetes.

As part of the application, each DiGA lists in detail which benefits it claims to achieve and by which means it delivers these benefits. The majority of DiGAs claim positive effects on the health status and on quality of life (see Figure 2). Reducing therapy-related expenses and burdens for patients and their relatives is less frequently claimed but has been demonstrated by two of the eight DiGAs permanently included on BfArM’s list.

To demonstrate positive effect on care, most DiGAs have, or are currently, engaged in interventional, randomized, two-arm trials comparing efficacy and outcomes in groups of patients using the app versus those receiving care as usual. The numbers of patients in these trials range from 56 to over 1,000, with the average being ~210. The most commonly measured primary endpoints, and thus primary benefit demonstrated or claimed by a majority of DiGAs, is improvement in health status or quality of life. These primary endpoints are assessed using symptom assessment scales (e.g., verbal numerical rating pain scale, insomnia severity index, GAD-7 fear symptoms, migraine days per month, etc.) and/or quality of life scales, e.g., WHO-5, i.e., directly supporting claims of health status or quality of life improvement, while indirectly supporting additional benefits.

Figure 2: Positive effects claimed by reimbursed DiGAs (each DiGA can claim more than one). Click image to enlarge.

Although the intervention duration for DiGAs varies, most are priced on a 90-day use basis, i.e., once they are prescribed, SHIs reimburse 90 days of app use and require a renewed prescription to reimburse the subsequent 90 days. Apart from two DiGAs that offer a reduced price for renewal, the price for renewal is the same price as for the initial 90 days. Nevertheless, as the conditions supported by many of these apps is chronic, the likelihood of renewal beyond the initial 90 days, even if not explicitly mentioned in the label, is high.

Figure 3: DiGA prices for the activation, by therapeutic area. Click image to enlarge.

Prices for the initial activation vary from ~€120 to ~€740, with an average price of ~€440 (see Figure 3). However, the majority of the DiGAs are still in the one-year trial period where the manufacturer can set its own price, and permanent inclusion on the BfArM register with a negotiated GKV-Spitzenverband price has yet to occur. For seven DiGAs, the trial period has already been extended beyond one year. When considering the permanently included DiGAs, prices range from ~€300 to ~€740 and average ~€480 per activation. Although the basis for the negotiation is not transparently published, factors that influence the price are likely the extent to which these apps address unmet needs, the size of the addressed patient population, the required physician activities in conjunction with the app, the nature of the benefit provided, and the effect demonstrated in the clinical trial(s) (see Figure 4). The DiGA Kalmeda, the first to be launched at the time with temporary inclusion status, is also the first that achieved permanent inclusion status, in January 2022. When the status changed, the price per activation increased from ~€120 to ~€204, showing that the price negotiated based on provided evidence can be higher than the price initially set by the manufacturer.

The price for the app activation may just be one part of the cost to the healthcare system when addressing certain indications. Manufacturers also need to state if SHI-accredited physicians are required in conjunction with the use of the app, the nature of these activities, and whether physicians can receive a lump sum payment for these activities using a uniform valuation standard code (Einheitlicher Bewertungsmaßstab, EBM). For example, Zanadio, a DiGA specifically addressing obesity, requires a “differential diagnostic clarification of psychosomatic disease states,” which has a specific code allowing physicians to be reimbursed for this activity by the SHI. From a manufacturer point of view, ensuring that there are no additional costs to patients and that physicians get reimbursed for activities required in conjunction with the app is important to ensure broad and rapid adoption. As an example, the permanently included DiGA Somnio has a specific EBM code for “monitoring and evaluation of the DiGA Somnio” that physicians can use to get a lump sum payment for their time.

The DVG represents an attractive new reimbursement pathway for digital health applications and is well accepted, with now almost 30 DiGAs approved for reimbursement, either provisionally or permanently, within a little over one year from the approval of the first DiGA. Despite the majority of current applications focusing on psychology, evidence shows that apps targeting unmet needs in other therapeutic areas are also welcomed. To get a better understanding of these unmet needs, it will be important for manufacturers to speak to key opinion leaders, healthcare providers, patients, and payers to gain insights on the benefits a DiGA can supply and which endpoints in clinical trials would be most effective in demonstrating their added benefit. Based on the DiGAs reimbursed today, a new app will most likely need to focus on demonstrating a health benefit and/or quality of life improvement directly in clinical trials and may be able to indirectly claim additional benefits as a consequence of the outcomes demonstrated in trials. The extent of the demonstrated benefits, and what is considered significant enough to move an app into the permanent inclusion list, will become clearer in the next few years as more DiGAs come to market and move from temporary to permanent inclusion status.

Manufacturers also need to keep in mind that price potential negotiated with GKV-Spitzenverband will depend heavily on trial data and outcomes. Although price determination is not transparent, lessons from the pharmaceutical space demonstrate that significance of added benefit, cost of comparable treatment options, and potential savings to the healthcare system play vital roles in value perception and price negotiations. Currently negotiated app prices can serve as initial comparators, but as this newly formed space evolves, how SHIs reimburse DiGAs is likely to evolve as well, e.g., rather than a flat price unlocking the DiGA for 90 days at a time, options like use-based pricing are in discussion to avoid SHIs paying for apps that are installed but not used by the patient.

We recommend manufacturers keep informed on the evolution of the pathway, while also considering discussions happening around the Digital Care and Nursing Modernization Act (Digitale Versorgung und Pflege-Modernisierungs-Gesetz, DVPMG), which is being developed to introduce similar modernizations in the nursing and caregiver domain. Importantly, early discussions with payers and physicians are recommended to better understand price potential and to what extent the introduction of an additional EBM code for physician activities related to the app might be helpful to increase the breadth and speed of a DiGA’s adoption.

The views expressed herein are the authors’ and not those of Charles River Associates (CRA) or any of the organizations with which the authors are affiliated.

Lorenzo D’Angelo, Ph.D., is a principal in the Life Sciences Practice of CRA, based in Munich. D’Angelo is an experienced life sciences consultant helping global pharmaceutical and medical device (medtech) companies with their commercial strategies.

Myriam Mirza, Ph.D., MBA, is an associate principal in the Life Sciences Practice of CRA, based in Munich. Mirza supports pharmaceutical, medtech, and biotech companies with market entry and expansion strategies and is also an advisor to several rare disease foundations.

Yunmin Wu, Ph.D., is an associate in the Life Sciences Practice of CRA, based in Munich. Wu is a life sciences consultant, leveraging her background in scientific research and advanced analytics to develop data-driven commercial strategies for pharmaceutical and biotechnology companies.