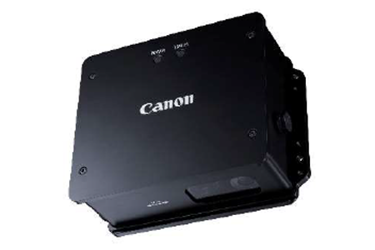 TOKYO, December 20, 2022—Canon Inc. and Canon Marketing Japan Inc. announced the launch in Japan of a new measurement device for making high-precision measurements of components, parts and other objects on manufacturing lines—the PD-710 non-contact measuring device, which performs high-speed measurements of objects and is equipped with a new optical system that realizes a detection speed of ±10 m/s.

At paper mills that implement high-speed conveyor systems, there is a growing need to calculate distance moved with high accuracy in order to perform precise length-wise cutting of such products as toilet paper and cardboard. Thanks to a new optical system, the new PD-710 performs contactless calculation of the displacement of targeted objects with a detection speed of ±10 m/s, which was not possible with the predecessor model, the PD-704 (released in May 2021). This realizes reliable and efficient transport and provision of components, parts and other objects, thus contributing to higher productivity on manufacturing lines.

The PD-710 features a newly developed algorithm that supports the device’s new lens and optical system. This enables the device to measure the speed of target objects moving as fast as ±10 m/s—a speed 2.5 times faster than was possible with the PD-704. Thanks to this improvement, the PD-710 not only supports transport of steel plates like its predecessor model, but also measurement of toilet paper and other paper products moving at high speeds. What’s more, in response to the predicted rapid rise in demand for manufacturing of motor cores—a key component in electric automobiles— the device enables measurement of feed rates of ultra-high-speed press lines used in manufacturing.

Unlike contact-type measurement devices, contactless measurement devices avoid damaging or dirtying objects as they travel across the assembly line. In addition, they avoid slipping and friction of objects, a common cause of erroneous measurements for contact-type devices, thereby minimizing downtime that occurs when swapping out target objects of different thicknesses, as well as making possible easier maintenance. What’s more, the PD-710’s size and interface are the same as those of the PD-704, allowing users to keep their existing wiring, programmable logic control
(PLC) and other systems unchanged when upgrading to the new device. Using the parameters configured in the software included with the device, the PD-710 can handle measurement of target objects according to their surface conditions and the measurement environment.