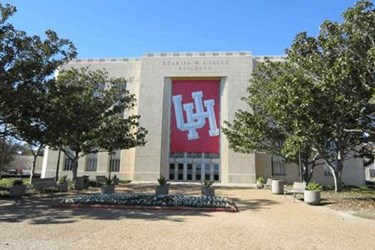 Engineers at the University of Houston (UH) are working on a millirobot prototype that can navigate the body with the assistance of a magnetic resonance imaging (MRI) scanner — technology that would both steer the robots and image the body simultaneously. UH researchers recently received funding from the National Science Foundation (NSF) that will miniaturize the technology to a size suitable for animal testing.

Advances in minimally invasive surgical (MIS) technology allow surgeons to complete the same procedures through ever-shrinking incisions, and the development of micro- and nanorobotics may do away with incisions all together.

Robotic technology that is suitably miniaturized to travel the human body, steered externally, could potentially deliver drugs or perform surgical procedures. “Microswimmer” robots from Drexel University were designed to drill through blocked arteries, and robotic “nanofish” at the University of California, San Diego are controlled by external magnetic fields.

Previous research introduced by Aaron Becker, electrical and computer engineering professor at UH, in 2015 demonstrated the feasibility of steering microrobots using an MRI scanner, a machine traditionally used for diagnostic imaging. At a conference, Becker suggested hydrocephalus — a condition that results from the accumulation of fluids in the brain — as an ideal candidate for millirobot treatment, because such treatment would not require opening the skull.

“Our non-invasive approach,” said Becker, “would eventually require simply a hypodemic needle or lumbar puncture to introduce the components into the spinal canal, and the components could be steered out of the body afterwards.”

Existing prototypes of the technology — made from high-impact plastic and small titanium rods that assemble themselves at the surgical site — are nearly 2 cm long.  With an additional $608,000 in funding from the NSF, Becker hopes to shrink the robot to between 0.5 mm and 2 mm. Current MRI technology generates enough force to steer the robot, but not enough to puncture tissue. Also, Becker and his team plan to improve the speed of MRI scans so that surgeons can steer the technology and receive real-time imaging simultaneously.

To help complete the next leg of the research, Becker and his team at UH are teaming up with two additional investigators: Nickolaos Tsekos, a professor of computer science and medical robots at UH, and Dipan Shah, a cardiologists specializing in advanced MRI technology.

“Targeting delivery with dozens of microsurgeons is my goal,” said Becker in a press release. “We want to move from science fiction to science feasibility.”

In an effort to increase the efficiency and consistency of MRI scans, Siemens recently partnered with Case Western Reserve to develop imaging biomarkers, a technique called MR fingerprinting. By making the technology less subjective and more qualitative, this “paradigm shift” could reduce costs and substantially reduce scan times.