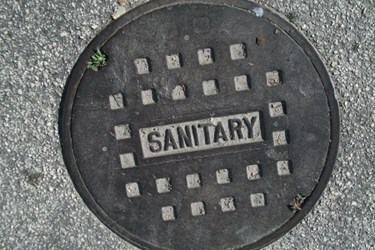 Mapping the spread of disease is a mainstay of epidemiology and a critical tool for stopping outbreaks in their tracks. Recently, a real-time method of disease mapping was proposed that uses an array of sensors to sequence the DNA found in sewers.

The field of epidemiology first proved its worth through the use of a map when English physician John Snow tracked the spread of cholera. By plotting the spread of the disease, the intrepid researcher was able to trace the source of disease back to a tainted water pump that was contaminating the environment. While much more sophisticated, similar methods are still used today.

Now, several hundred years later, the threat of disease outbreaks still looms, and the need for disease tracking may have even increased. To address this scenario, especially in an urban environment, researchers have developed a novel approach, according to a recent blog from Forbes. While slightly unsavory to think about, one place where the byproducts of disease are prevalent is in bodily waste.

Infections of every type, from influenza and measles to the bubonic plague, all leave signs in human sewage, so sequencing DNA from sewage could potentially identify outbreaks sooner. The development of this concept began in 2010 when Eric Schadt, a geneticist and the chief scientific officer at DNA sequencer maker Pacific Biosciences, brainstormed how to map certain diseases, according to Forbes. Small DNA sequences could be detected and linked to their coordinates on a map, thus tracking the disease to a location. The approach could potentially detect disease proactively — before people start developing signs of the illness — instead of waiting for the disease to spread and the hospitalizations to begin.

Initial attempts by Schadt to test the idea in San Francisco met with limited success, as collecting and managing sewer samples proved to be burdensome, according to Forbes. A next generation approach is being attempted by professor Christopher Mason, a professor at Weill Cornell Medical College who, instead of using sewage, is using swabs taken from locations across New York City. His plan is to create a “pathomap,” which is scheduled to be revealed in early 2015.

Schadt, now at Mount Sinai School of Medicine in Manhattan, is still engaged in the endeavor, according to Forbes. His vision is to develop the infrastructure of the city so that pathogenic maps are produced automatically. As DNA sequencing continues to advance and the cost of equipment goes down, this may certainly be possible.

Historically, DNA sequencing has been prohibitively expensive and difficult to perform. Now, however, researchers are examining manufacturing methods that could allow a rapid and cheap DNA sequencer in every doctor’s office.