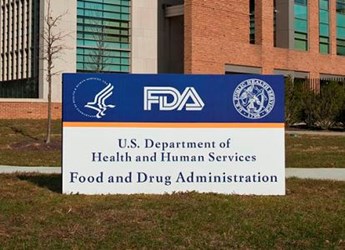 The FDA announced today that it is extending the unique device identifier (UDI) label and Global Unique Device Identification Database (GUDID) submission deadline for certain class II devices until Sept. 24, 2018. An extra two years were added in order to give the agency time to finalize a guidance document released in January outlining the agency’s interpretation of “convenience kits” and single-use devices.

When launching the UDI system in 2013, FDA provided a seven-year roll out plan to give original equipment manufacturers (OEMs) time to comply with new device UDI rules and regulations. The timeline has been amended several times since 2013 due to unforeseen complexities to the compliance process that required additional time and clarification.

Most recently, the agency finalized a guidance that pushed back the mandatory removal of National Health Related Item Code (NHRIC) or National Drug Code (NDC) numbers until 2021. FDA also clarified UDI form and presentation  and has eased regulations concerning the discontinuation of legacy identification numbers.

FDA issued a guidance in January after issues were raised by stakeholders regarding collections of two or more class II medical devices that were packaged together into “convenience kits,” but were not individually labeled.  In the document, FDA clarified that its definition of convenience kits only extended to devices packaged together in a single container, where they would remain packaged until used. Devices meeting these criteria may not be “replaced, substituted, repackaged, sterilized, or otherwise processed or modified” before they come into contact with the “end user.”  In these cases, the FDA specified that a UDI label on the packaging would suffice and individual items in the package need not be labeled with a number.

Because the guidance is not yet finalized, FDA released a letter extending UDI label and data submission deadlines for an additional two years to give OEMs time to ensure their device kits meet compliance regulations, and to give industry stakeholders time to comment on the guidance. All class II medical devices that are not meant to be implanted, life-saving, or life supporting will be given until Sept. 24, 2018. For more high-risk class II devices, the deadline is extended for GUDID submission only.

FDA spokesperson Deborah Kotz told the Regulatory Affairs Professional Society (RAPS) that the agency had no comment beyond the letter, but noted that  industry stakeholders “had raised some issues” about UDI compliance in relation to certain packaging

The U.S. government currently is working to help regulatory agencies in Europe implement a UDI system.  Despite some challenges in the roll-out process, the finalized system promises to provide OEMs with significant long-term benefits to their business bottom line, said Steve Cottrell, president of Maetrics, and Madris Tomes, CEO of Device Events, in a recent MDO column.