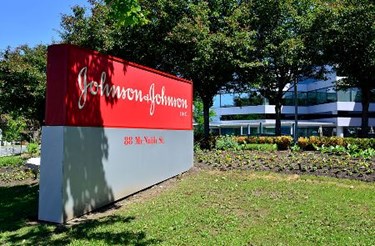 Johnson & Johnson CEO Alex Gorsky says pharmaceutical, medtech, and healthcare companies should continue to have the ability to innovate amid challenges brought about by impending changes to United States healthcare policy and legislation.

Republicans in the U.S. House of Representatives are preparing a bill to replace the Affordable Care Act (ACA), also known as Obamacare. If passed, the replacement legislation will roll back key Obamacare provisions, resulting in the likely loss of insurance coverage protecting millions of Americans, and consequently, a potential negative impact on drug and device sales.

Gorsky, who was among a select group of CEOs to meet President Donald Trump in January, said at the time that ACA has had little impact on J&J, and repealing or replacing it will likewise generate minimal effect.

But in a CNBC interview, Gorsky expanded on his earlier thoughts and said that ACA had certain elements that should be retained.

"I think regardless of, you know, whether you take the new plan, the old plan, we are going to have to make changes," said Gorsky. "So the question is how we pull meaningful important changes in place that are ultimately going to help us have a great healthcare system over the next several decades."

Trump has tweeted that he intends to lower soaring medicine costs for Americans, but Gorsky points out that "healthcare or pharmaceuticals only represent about 10 to 15 percent of overall healthcare spend," and it will take a comprehensive approach to curb healthcare costs in America. Gorsky said advancements in drugs and medical devices have extended life expectancy in the U.S., and that companies should be supported in developing innovative products that are within reach of American patients.

"I think what's important is to make sure obviously that we continue to innovate, that we bring out products that can cure Alzheimer, that can cure cancer, that we price responsibly, that we work on some of the reimbursement mechanisms be it Medicare, be it Medicaid or through private insurance. And I think there's ways to do that that can help contain overall costs, make sure that we continue to have an innovative environment that can take on new diseases and be part frankly of a reform of the entire healthcare system," Gorsky said in the CNBC interview.

Trump also promised to bring jobs shipped overseas back to the United States. Gorsky says it remains to be seen whether a revival of U.S. manufacturing is in the offing, given that a lot of factors come into play, including technology, tax, trade policies, and workforce education.

"I'm optimistic that we can find a way to – number one remain important global trading partners, and at the same time ensure that we've got an environment in the United States that's conducive to great manufacturing jobs as well," said Gorsky.

He also told CNBC that it’s "still early days" to talk about how a proposed border tax will impact companies. According to Jason Lau, a Principal Analyst at Decision Resources Group, the tax is technically a tariff as high as 35 percent, to be imposed on American companies that outsource or offshore their operations, but then sell their products back in the U.S.

“I think at the end of the day, we want to make sure that we can access capital so it can be mobile, transferable, around the globe, and can be as efficient as possible,” said Gorsky.

Gorsky underscored the global scope and character of J&J as a company, and mentions "regulatory reforms to the various food and drug administrations around the world" and harmonization of quality standards as a priority discussion for companies like J&J and government regulatory authorities going forward.

J&J has a significant presence in China, and Gorksy said the company is investing about a half a billion dollars in research and development of new products, many of which are intended for the local Chinese market. In particular, he says minimally invasive surgery is a "huge opportunity" there.