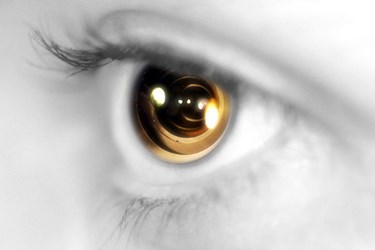 Second Sight Medical Products recently announced the successful first implantation of a mechanical model of their next-generation eye prosthesis. The Orion I Visual Cortical Prosthesis is designed to treat blindness caused by a wider gamut of eye disorders than the company’s groundbreaking retinal prosthesis, the Argus II.

According to a company press release, a mechanical model of the eye device was recently implanted in an animal model during a phase I preclinical study. During this phase, the implant is being tested for fit, form, stability and biocompatibility.

"This is a major milestone not only for the company but, more importantly, those affected by virtually all forms of blindness," Robert Greenberg, M.D., Ph.D., president and CEO of Second Sight, said in the statement. "Following the success of Argus II in patients with retinitis pigmentosa, we are looking forward to extending the hope of restoring some useful vision to nearly all blind individuals with the Orion I."

The Orion I is based on the company's FDA-approved Argus II Retinal Prosthesis System. The Argus uses microelectrodes implanted on a patient's damaged retina to transmit electrical signals via the optic nerve. The brain interprets these signals into images.

Unlike Argus, however, Orion's microelectrode array is implanted on the surface of the visual cortex, located within the occipital lobe of the brain. By bypassing the retina and optic nerve — which may be totally damaged in some patients — the Orion device can help people with glaucoma, diabetic retinopathy, retinal detachments, trauma, and infection, to see again, the company stated in the press release.

Argus II was approved for patients suffering from retinitis pigmentosa (RP), a progressive deterioration of retinal cells that can lead to complete blindness. The device helps a patient to locate objects, detect movement, and discern shapes such as large letters. Surgeons at the University of Michigan completed the first two implants of the Argus II in the United States last year. More than 100 patients worldwide have received the device.

Second Sight also announced in its 2014 year-end financial results that with the help of fresh capital from its recently concluded IPO and reimbursement approvals, they are pushing hard to develop and promote both the Argus II and Orion I eye prostheses.

"Looking ahead to 2015 and beyond, we are focused on driving ongoing market penetration with the Argus II, by partnering with additional centers managed by committed surgeons, achieving further reimbursement success in the U.S., Europe and Middle East, and raising overall awareness among blind persons who could benefit from the device," Greenberg said in the release.

"We remain steadfast in our approach to continue to enhance and develop the Argus II product, while exploring its potential use in new indications that may expand our addressable market, to include AMD, as well as further developing and commencing work for new products like the Orion cortical prosthesis aimed at treating nearly all causes of blindness," he added.