Surgical Robotics: A Snapshot Of The Current Global Market 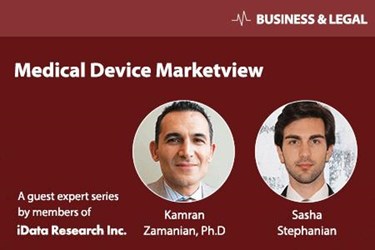 For many manufacturers, surgical robotics is uncharted territory, and the technology has only gained traction in the past decade. While a number of companies in this space, such as Intuitive Surgical, have been around for a while, many of their robotics systems have only recently gained regulatory approval and are quite new to the market. As a result, almost every surgical robotics company is focused on gaining FDA approval in order to capture significant market share in the United States.

The process of individually gaining approval in various countries has slowed the growth of the entire surgical robotics industry. Additionally, all robotics companies face the challenge of convincing hospitals to purchase systems that commonly retail for upwards of $1 million. It is difficult enough to convince a hospital to purchase any form of equipment costing six or seven figures, even though these purchases typically are made when old equipment needs to be replaced, as is standard when dealing with capital equipment.

However, government incentives for early replacement, or for the additional purchase of a particular type of equipment, generally offset low unit sales. Unfortunately, current surgical robotics systems, for the most part, are too new to require replacement, and therefore lack any desirable government incentives. Furthermore, these complex robotics systems have many other costs associated with them, beyond the initial cost for the machine, including installation, service fees, and training.

This higher cost of robotic surgery systems compared to non-robotic systems will limit adoption due to budgetary constraints. But, as robotic systems become more broadly adopted, hospitals will choose between different systems — with varying procedural focuses — to get the most bang for their proverbial buck. Robotics-focused companies derive revenues from system sales, whereas the market may want to see systems bundled with implants and other products as larger companies enter the market through acquisition or development of new systems.

Additionally, as robotics systems have gained traction over the past few years, questions have been raised regarding their efficacy, safety, and usability. The onus continues to be on robotics companies to establish clinical and economic benefits, particularly when the system comes with a high initial cost of investment. Most hospitals will only consider the purchase of these systems if there is a significant cost-savings, or other added benefits, in the long run.

Contrast Between The U.S. And European Markets

One stark difference between the U.S. and European markets is the healthcare system. Contrary to the U.S., where the medical sector is private, Europe is largely dominated by public systems. This presents an additional obstacle for robotics companies, as these public healthcare system budgets typically are much more strict and regulated, making it a far more difficult and lengthy process to sell a robotics system to a hospital in Europe than in the U.S. In response, some companies have shifted their focus, primarily targeting academic centers and university hospitals for their robotics systems. It is possible this may change over the next five to 10 years, as robotics systems become a more established technology, but the difference in healthcare landscape between the U.S. and the EU will remain.

Despite these setbacks, the surgical robotics market has attracted a lot of attention, and many new players have emerged in the space. In Europe, for instance, TransEnterix recently launched its first system in Italy, where it competes directly with Intuitive Surgical — one of the oldest, most established companies in the robotics sector, and holder of a near-monopoly on the minimally invasive surgery segment. TransEnterix’s system is offered at a much more competitive price than Intuitive Surgical’s da Vinci system, and has created a competitive environment that is likely attract the attention of other players, as well. Similarly, Medtech SA (acquired by Zimmer Biomet this summer) has begun targeting the spinal surgery segment, challenging Medtronic-backed MAZOR Robotics.

M&A In The Surgical Robotics Market

Many recent mergers and acquisitions have further driven innovation and competition in the surgical robotics space. Auris Surgical Robotics, Zimmer-Biomet, Smith & Nephew, and Stryker all recently acquired major companies involved in surgical robotics in order to gain an early advantage in the market. This trend will continue as companies realize that, in order to be competitive in this space, they must engage in strategic partnerships and acquisitions. It is expected that this pattern will continue, and that it will have a positive overall effect on the growth of the surgical robotics market.

Ultimately, the surgical robotics market is growing rapidly and the outlook is extremely promising. While many obstacles — such as arduous regulatory approval processes and difficulty penetrating specific regions, like Europe — stand in the way of surgical robotics becoming a powerhouse medtech market, more and more companies are investing heavily in this sector, acknowledging that their key to success is establishment as an early adopter. It is likely that, within the next five years, we will see rapid innovation in this field, costs will be driven down, and multiple players will experience the same levels of success and market penetration as Intuitive Surgical.

Kamran Zamanian, Ph.D., is president, CEO, and a founding partner of iData Research. He has spent over 20 years working in the market research industry.