The Large Market For Medical Devices In Colombia May Surprise You 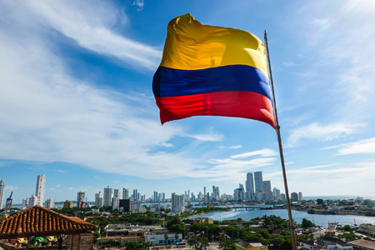 Colombia has a population of approximately 50 million inhabitants, making it the third most populous country in Latin America after Mexico and Brazil.1 Colombia's economy is the fourth-largest by volume in Latin America, after Brazil, Mexico, and Argentina.2 Together, Brazil, Mexico, Colombia, Chile, and Argentina could represent the fourth-largest economy globally, with health spending equivalent to India or China. Colombia, along with Mexico, Costa Rica, and Chile, is one of the only countries in the region that is a member of the Organization for Economic Cooperation and Development (OECD). The OECD membership grants Colombia access to the best economic and social practices, along with the U.S., Canada, and other advanced economies that are members. Colombia stands out in Latin America for its solid institutions and its commitment to the private sector, which has made it one of the most economically and politically stable markets in Latin America.3

This article discusses why Colombia, despite the global effects of the COVID-19 pandemic, has become the country with the best commercial advantages in South America and one of the three best in Latin America for foreign medical device manufacturers to market their innovations. We will cover the general Colombian health social security system (coverage, affiliation, and forms of financing); the current medical device regulatory framework, including the short marketing authorization times compared to other countries in the area, and the size and trends of the market. 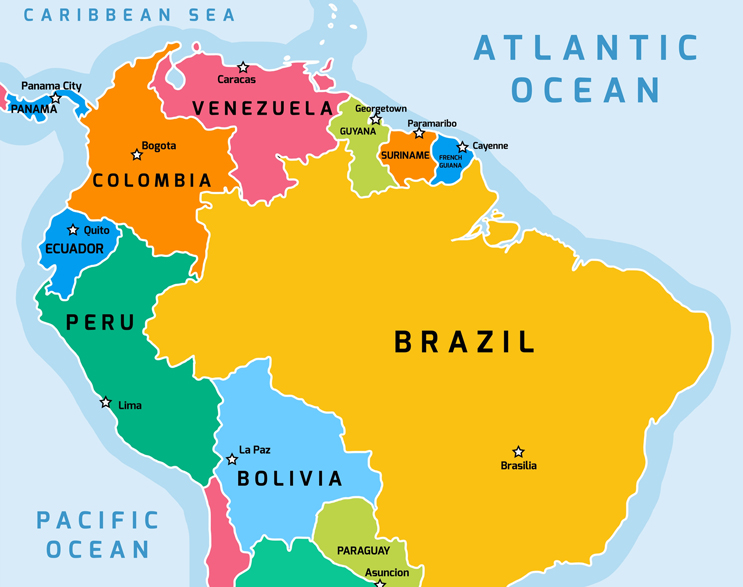 The Colombian health system comprises two coexisting systems: the contributory regime (private) and the subsidized regime (gratuitous). Private employees and employers finance the private health regime out of their paychecks (approximately 12 percent of their income). The Colombian state entirely funds the subsidized regime. A social program called SISBEN allows the population to be classified according to their income and living conditions and defines who can access the subsidized health system.4 Both coexisting systems provide universal coverage with equal access to medicines, surgical procedures, and medical/dental services.

Colombia’s public spending on health has increased almost three times from 2017 to 2020, from $3.2 billion to $9 billion, even though less than half of the population able to work do not have a formal job that allows them to contribute to the health system.5

Health is a fundamental right enshrined in the national constitution. The Colombian state subsidizes the health needs of the poor and vulnerable population so they can exercise their fundamental right to health.6 Public and private operators (hospitals and clinics known as Service Provider Institutions [IPS in Spanish]) provide health services. Insurance companies (known as Health Promotion Institutions [EPS in Spanish]) manage private or public health benefit plans and contract with IPS to provide health services.

Despite financial difficulties from the pandemic, the Colombian state has continued to guarantee all health services to Colombians, including those derived from COVID-19. It has increased the capacity of hospitals by 3 percent.7 The national government even decreed a temporary economic relief package for healthcare professionals.8 According to a 2021 report, in terms of hospital quality, Colombia has about 50 percent out of the best-ranked hospitals in South America.9

Colombia is the only country in Latin America with a good clinical practices (GCP) certification system at the institutional level (on top of the GCP requirement for each investigator, study coordinator, and staff). Colombia has about 130 GCP-certified clinical research centers (the majority in level 4 hospitals). It has one of the fastest and most predictable regulatory timelines for medical device clinical trials in Latin America. Colombia’s unique GCP hospital-level certification system supports the quality and dynamism of the local biomedical research industry. It ensures that the clinical data that foreign medical device companies get from research centers in Colombia is of the utmost quality.10 The U.S. medtech industry already recognizes Colombia as one of the best destinations for early-stage or first-in-human (FIH) clinical studies with innovative medical technologies. Established companies like Cook Medical, PAVmed Inc. (Nasdaq: PAVM, PAVMZ), enVVeno Medical Corporation (Nasdaq: NVNO), and startup companies like ReGelTec, Inc., NeoProgen, Inc., and Sonnest, Inc. are conducting FIH clinical trials in Colombia. These medtech companies are taking advantage of Colombia’s predictable and fast regulatory approval timelines, speedier patient recruitment, short flights from any major U.S. city, familiar EST time zone, and lower clinical research costs.

The decrees that regulate medical devices in the country are:

Obtaining market clearance for a medical device at INVIMA is fast and predictable. INVIMA requires notification for low-risk class I and IIA devices. Additionally, it requires a certificate of free sale in the country of origin or a reference country (U.S., Canada, the European Union, Japan, and Australia). For class IIB and III devices, INVIMA issues an administrative act after a legal and technical review of the application. Decree 3275 of 2009's provision homologates the following documents for class IIB medical devices: technical studies and analytical verifications, sterilization methods, disposal methods or final disposals, and clinical studies.

In Colombia, the regulatory approval time to obtain market clearance for a medical device ranges from 15 to 90 days. In other countries in the region, such as Argentina, it is approximately 200 days, and in Brazil, about 360 days.18 The validity of an INVIMA sanitary registration is 10 years, allowing foreign manufacturers to be the title holders of the registration certificate (as opposed to in other countries, where they must use the services of a third-party registration holder). The fact that Colombia allows foreign entities to hold the title of the INVIMA registration certificate enables foreign companies to fully control any amendments to the registration and add or remove distributors.19

The Colombian government has an online public procurement mechanism called Colombia Compra Eficiente.20 The best approach is for foreign manufacturers to partner with local distributors experienced in selling through public bids for the construction and equipping of hospitals and clinics.21

The makeup of the medical device market in Colombia is the following:

The Colombian medical device market, the third largest in Latin America after Brazil and Mexico, has an estimated average annual growth rate between 2020 and 2024 of 5.3 percent, and will likely reach about $1.6 billion in 2023. Colombia has a strong reliance on imports, and these represent over 80 percent of the total sales. This is one of the reasons that bring up great opportunities for local production, to gain competitiveness diminish the effect of wide currency exchange rate fluctuations against the US dollar.18

Colombia's capital city, Bogota, is the center of the medical device industry in Colombia and represents over 75% of the sales in the country.18 A free zone has encouraged international companies to manufacture locally and enter the market within the capital. In its most recent evaluation, called American Cities of the Future 2021-2022, the Financial Times magazine fDi cataloged the Colombian capital as the second most important city in Latin America for foreign direct investments, surpassed only by Mexico City.14

Colombia is now poised to become the fastest-growing economy in Latin America. In 2021, the Colombian economy grew the most in 115 years. Bloomberg analysts predict that the Colombian economy will grow 4% this year, outpacing Brazil, Mexico, Peru, and Chile.23 Colombia is an attractive market for medical device makers because the health system dynamics have allowed universal coverage in the provision of health services (including surgical procedures and other expensive interventions). In addition, there is lavish spending on health personnel, hospital infrastructure, medical services, equipment, and consumables. Colombia has the fastest regulatory approval times in Latin America. It has free trade agreements with the United States and the European Union, facilitating the rapid importation of medical devices. Colombia is now the third largest medical device market in the region and needs to import the great majority of the medical devices it needs. A challenge, however, is that although health coverage is increasingly universal (approximately 95% of the population) with the expansion and updating of the health benefit plan, it is still insufficient to meet the needs of 76% of the Colombian people, which includes the recent incorporation of Venezuelan immigrants into the health system.24 It is strongly recommended that U.S. companies process the registration under their name and not under the local distributor name, or else the U.S. company will not be able to change or add distributors during the lifetime of the registration, which is 10 years.25

Julio G. Martinez-Clark is co-founder and CEO of bioaccess, a market access consultancy that works with medical device companies to help them do early-feasibility clinical trials and commercialize their innovations in Latin America. Julio is also the host of the LATAM Medtech Leaders podcast: A weekly conversation with Medtech leaders who have succeeded in Latin America. He serves as an advisory board member for Stetson University's Leading Disruptive Innovation program. He has a bachelor's degree in electronics engineering and a master's degree in business administration.