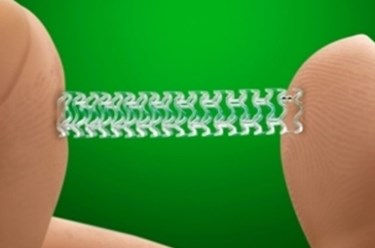 In an effort to curtail runaway medical device prices, Indian government regulators could soon expand price control from cardiac stents to cover 14 other types of device.

India's National Pharmaceutical Pricing Authority (NPPA) last week reduced prices of coronary stents by up to 400 percent, capping them at Rs 7,260 for bare metal stents, and at Rs 29,600 for drug-eluting stents and bioresorbable vascular scaffold (BVS)/biodegradable stents, reports The Times of India (TOI).

Pricing on 14 other medical device types being sold at inflated rates – including orthopedic implants, intraocular lenses, artificial heart valves, and consumables, such as syringes, needles, and catheters – could also be regulated in the coming months.

NPPA first indicated plans to impose a price ceiling on medical devices back in 2014, when local media reported that distributors were engaged in unethical business practices, including overly high markups on imported items.

"We are collecting data on these devices on a war-footing. It will give us a fair idea about the volume of consumption, cost of manufacturing and price at which they are supplied to a patient. Exorbitant pricing in the health system will be dealt with strongly," NPPA chairman Bhupendra Singh told TOI.

Following a review, these devices could soon follow cardiac stents as new additions under the National List of Essential Medicines (NELM). Devices must be placed on the NELM before their prices could be capped, per Indian law.

Shortly after the NPPA's order, Business Standard reported that Abbott, the country's sole supplier of bioresorbable stents, “may withdraw its Xience Alpine and its dissolving stent, Absorb.”

Abbott later confirmed to the Mumbai Mirror that the company has indeed withdrawn its premium stents, but only to relabel them — per new requirements — and not to avoid having their products be subject to the new price ceiling.

Anand Kadkol, director of public affairs for Abbott India, said, “Abbott continues to make available its full range of coronary stents available in India, including BVS, as per the NPPA’s order of Feb. 13, 2017. In certain cases, we have initiated the process of relabeling to comply with the revised pricing notified by the government."

The withdrawal has caused the cancellation of scores of angioplasties in Mumbai, where about 1,000 of the 8,000 Abbott bioresorbable stents used in India annually are implanted, reports The Mumbai Times.

Through a letter sent Tuesday, the Department of Pharmaceuticals (DoP) directed all stent manufacturers and importers in India to maintain supply of their coronary stents, reports The Economic Times. Under the order, manufacturers and importers are required to submit a weekly report on coronary stents produced and distributed in the country, as well as a weekly production plan to NPPA and the Drugs Controller General of India (DCGI).

Maharashtra State Food and Drug Administration (FDA) commissioner Harshadeep Kamble told TOI that stents such as Abbott’s Alpine or Boston Scientific’s Synergy are currently available with distributors and pharmaceuticals, and that the companies have "assured they would make their entire range of products available to doctors and hospitals."

Price regulation of drugs and medical devices is a key strategy under the government’s “Make In India” campaign to reduce reliance on foreign imports, to strengthen the local Indian manufacturing sector, and to deliver affordable yet quality healthcare to citizens.