Polymeric Materials in Bioresorbables and Point of Care Medical Devices 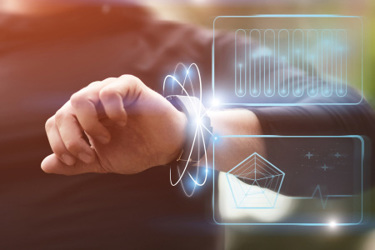 This is the fourth and final article in a series of articles, the first titled An Introduction to Polymeric Materials for Medical Devices, the second, Polymeric Materials and Coronary Angioplasty Devices, and the third, The Evolution of Polymeric Materials in Vision Care and Ophthalmology. Those articles provide background information and context that aid the understanding of the current article.

Polymers (macromolecules) have experienced an explosion of new material options since Herman Staudinger’s championship of the actual existence of long chain molecules in the 1920s. Nobel Prizes (in Chemistry or Physics) have been awarded to Staudinger (1953),1 Guilio Natta/Karl Ziegler (1963),2 Paul Flory (1974),3 Pierre de Gennes (1991),4 and Alan J. Heeger/Alan G. MacDiarmid/Hideki Shirakawa (2000)5 for catalysis that led to commercial-scale production of polymers, principles of polymer chemistry, principles of polymer physics, and electrical conducting polymers, respectively. In Staudinger’s Nobel address, he stated, “The macromolecular compounds include the most important substances occurring in nature such as proteins, enzymes, the nucleic acids, besides the polysaccharides such as cellulose, starch and pectins, as well as rubber, and lastly the large number of new, fully synthetic plastics and artificial fibers. Macromolecular chemistry is very important both for technology and for biology.”1

Practical medical devices aided by these and other foundational discoveries include:

The latest generation of polymers, as well as forward-looking generations of polymer composites in medical devices, discussed here include:

Bioresorbable polymers are derived from lactide, glycolide, trimethylene carbonate, p-dioxanone, and ε-caprolactone, to name a few. Kilkarni demonstrated that polylactic acid (PLA) could be successfully implemented for sutures, vascular grafts, and surgical implants. The study indicated that PLA was biodegradable, non-toxic, non-tissue reactive, and would not be retained in any vital organs. It could be cast into films, spun into fibers, or used as a coating. It would not elicit an immunological or inflammatory response and was excreted successfully.6

Bioresorbable pins to fixate tissue and ligaments have been used since 1985, although they exhibited rapid degradation rates. With the use of PLA copolymers, product lifetime could be extended up to several years.7 Therefore, their application for slow-healing as well as fast-healing injuries could be realized. A turning point in the field occurred with the patent of the Polypin in 1994. This offered a new pin design using poly (L-lactide-co-D,L-lactide) that was filled with an X-ray contrast marker, enabling the implant to be exactly located in the body. Other bioresorbable applications include:

Bioresorbable drug delivery devices are a great alternative to oral delivery, attributed to improved patient compliance, optimum drug delivery rates, and lower patient side effects.7 Implants are available that contain an active pharmaceutical ingredient (API) that offers localized, controlled release directly to the affected area. One example of a combination product is the CiproScrew from Bioretec, which contains the antibiotic ciprofloxacin and is used to prevent implant-related infections in cases of bone fractures, bone grafts, and osteotomies.

The application of smart wearable POCT devices in several fitness activities, therapeutics, and new diagnostics offers real-time monitoring of physiological metrics often integrated with controlled drug release, i.e., insulin for Type 1 diabetes. Polymers chosen for wearable biosensors must adapt to the motion of the body and maintain their flexibility and functionality over the lifetime of the device. This requires tailoring the polymer to have a balance of properties to move with the skin and maintain sensor and skin adhesion. Biocompatibility is another factor to avoid allergic reactions by the skin. Some of the substrate materials reported are silicones, polyesters, elastomers, poly (vinyl alcohol), and polyurethane.8

Wireless communication in POCT devices is required for the collection of physiological data from the biosensor to a mobile phone or microcontroller and for communicating the data to a physician.  Examples of short- and long-range communications are via WiFi and GPRS, respectively.9

In 1976, Alan MacDiarmid, Hideki Shirakawa Alan Heeger, et al., discovered conducting polymers and the ability to tailor their electrical conductivity continuously between that of insulators and the conductivity of metals. This opened the possibility of materials that exhibit the electrical and optical properties of metals or semiconductors and that also retain the attractive mechanical properties and processing advantages of polymers. The electrochemistry of conducting polymers has developed into a field of its own, with applications that range from polymer batteries and electrochromic windows to light-emitting electrochemical cells.5

The growing importance of biodegradable conducting polymers (CPs) has fueled the rapid development of this unique class of polymeric materials in recent years. Possessing both electrical conductivity and biocompatibility, biodegradable CPs are progressing toward applications in neural and bone tissue engineering and bioelectric batteries.10

Conducting polymer hydrogels have potential for use in electronics, biomedical devices, tissue engineering, drug delivery, and energy storage due to their electroactivity, along with an outstanding capacity to absorb large amounts of water. Novel 3D graphene hydrogels are in development for high capacitances, enabling supercapacitors with excellent performance and long-term stability.12

A polymer composite is a polymer combined with inorganic fillers, fibers, nanotubes, or nanosheets. Traditionally, fillers are added to increase modulus and, in many cases, to reduce costs. Fiber reinforcement can significantly increase the modulus and strength of some polymers to compete with metal structures. The typical disadvantages are additional processing steps, reduced impact resistance, and lack of flexibility.

There are critical variables to control the final composite properties.

There are currently no inherently high thermal conductive polymers (that is probably the next Nobel Prize), but using boron nitride nanotubes, nanosheets, and powdered filler significantly improves the thermal conductivity. Analogous to electrically conductive fillers, we seek an optimum balance of properties. Thermal conductivities four to 10 times the neat polymer are required in select thermal management systems. Boron nitride nanotubes and nanosheet composites with polymers represent a critical enabler for nanoscale electronics that must dissipate heat to ensure a long-lasting electronic device.14

The combinations of inorganic fillers and polymers are endless. One last example related to healthcare is calcium phosphate-based composites utilized in injectable bone substitutes,15 in dental composites, and other applications.  Calcium hydroxy apatite, a calcium phosphate, is the natural filler in vertebrate bone, is a buffer, and can be utilized to stabilize the melt processing of engineering aliphatic polyketones.16

I hope this series of articles on polymeric materials has contributed to an understanding of the broad and unique applications of macromolecules in medical devices. I would like to conclude with a quote from 1981 by William O. Baker from his chapter titled Polymers in the World of Tomorrow:17 “There is, however, an additional element in the pursuit of polymer science in cybernetics. For it is in these uses of thin membranes, with exposure to electromagnetic fields and charged particles, with the tissues of plants and animals, become manifest. Every scientific element of vital processes calls for more discovery, but none more than how signals are sent in living things, and how the nerves regulate, and ultimately how the brain computes. Biopolymers are prominent in every one of these actions, including the chemistry of acetylcholine at synapses, and adenosine in its energy regulations. There is also the mystery of cellular communication and intelligence that may be aided by the functions of polymers in electrochemistry.”

Eric R. George holds a Ph.D. in polymer science and engineering from the University of Massachusetts and a B.S. in polymer science from the University of Southern Mississippi. His expertise spans engineering thermoplastics, biodegradable polymers, biomedical devices, and diseases of the eye. He has previously held positions at GE Plastics, Zeus Inc., and Johnson & Johnson (both Johnson & Johnson Vision and Janssen Pharmaceuticals). He holds 36 U.S. patents, has published 12 refereed journal articles, and is a certified Six Sigma Black Belt. He received the 2017 Outstanding Alumnus Award from the University of Southern Mississippi College of Science and Technology.