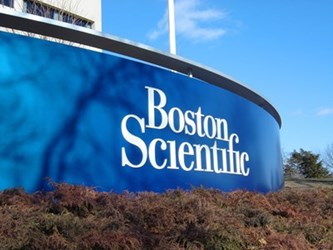 Boston Scientific's chief executive says the company intends to continue its momentum achieving top-line growth across all business segments, and is preparing to re-introduce its Lotus device into the burgeoning transcatheter aortic valve replacement (TAVR) market in 2017’s fourth quarter.

Massachusetts-based Boston Scientific reported sales of $2.16 billion during the first quarter, up 10 percent from the prior year, and the sixth straight quarter of 10 percent or greater operational revenue growth. Net income reached $290 million, up 43 percent from $202 million one year ago.

"We're excited about 2017 and our plans to build upon our global momentum and drive sustainable long-term growth," company CEO Mike Mahoney told investors during the earnings call.

MedSurg led all segments with 15 percent operational growth on the strength of the Neuromodulation, Urology, and Endoscopy subsegments contributing robust 12 percent organic growth, which was "a bit of a surprise to us," Mahoney said.

By geographies, the United States market grew 11 percent in revenue, outpacing AMEA (Asia-Pacific, Middle East, and Africa) and Europe, at 8 percent and 7 percent, respectively. China turned in another great quarter of 20 percent growth, and emerging markets expanded 12 percent during the period.

Mahoney highlighted increased worldwide adoption of the WATCHMAN device, which is expected to be used in around 350 centers by the end of 2017, up from about 200 centers at the end of last year.

He also told investors that the transaction to acquire Swiss company Symetis, a maker of minimally invasive transcatheter aortic valve implantation (TAVI) devices, is on track to close in the second quarter.

Symetis' Acurate portfolio provides Boston Scientific a product to meet demand in the TAVR segment since the company recalled its Lotus device off the market in February, due to problems with a locking mechanism.

"We continue to implement the identified solution to fix the manufacturing process related to the LOTUS Valve deployment pin, which includes a combination of minor process and specification changes," said company CFO Daniel J. Brennan,

After a study required by FDA to confirm the issue has been resolved, Boston Scientific plans to re-introduce the Lotus device into the European market before the end of the year, and to submit the U.S. PMA (premarket approval) in the fourth quarter.

"We'll be back in the market in TAVR valves in Europe and then we'll follow that on with LOTUS starting in the fourth quarter. So pretty soon we'll be back in the game in TAVR," said Mahoney, who estimates the TAVR market will be worth between $4 billion to $5 billion by 2020.